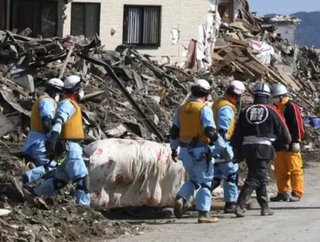 Supply chain managers around the world shuttered at the hint of one Bloomberg article yesterday, as the news outlet reported that some insurers and rei...

Supply chain managers around the world shuttered at the hint of one Bloomberg article yesterday, as the news outlet reported that some insurers and reinsurers may limit the natural disaster coverage the issue in the future.

This news comes after 2011 saw two of the biggest supply chain natural disasters strike, first in March with the Japan earthquake and subsequent tsunami, and most recently with the Thailand flooding. According to the world’s largest reinsurer, Munich Re, $2 billion of net claims associated with the Japan disaster are from business interruption insurance.

That loosely defined term has helped companies recover millions from losses, but insurance companies are rumored to be moving quickly to close the gap. According to March & McLennan executive board member Jochen Koerner, this year’s “perfect storm (of natural disasters) boosted claims and undermined risk assumptions,” he told Bloomberg.

“Contingent business interruption insurance is not straightforward and can be seen as a massive black box,” Koerner said. “If a factory burns down, that’s only one claim in property insurance, while the same incident could potentially disrupt the supply chains of hundreds of companies if the factory supplies essential goods to other companies.”

Munich Re wasn’t the only huge reinsurer hit with a massive amount of claims stemming from the supply chain disasters. Swiss Re, the world’s second –largest reinsurer, has estimated its own claims to total $600 million, although it’s not clear what percentage of that is directly from business interruption coverage.

Supply chain managers must remember that insurance companies are not a charity; they’re a business. While today’s logistics focus on risk management goes hand-in-hand with supply chain insurance coverage, an expected rate increase could make coverage cost-prohibitive for small and medium enterprises.

That could put the global supply chain in a more precarious position the next time disaster strikes. It’ll be interesting to see just how insurance companies respond.