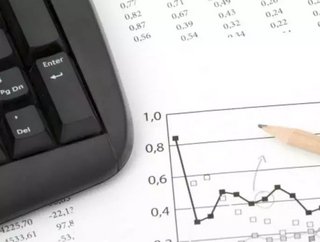 Freightrate volatility could be mitigated by the use of derivatives andindex-linkedcontracts, visitors at the Multimodal 2013 Exhibition in Birmingham...

Freight rate volatility could be mitigated by the use of derivatives and index-linked contracts, visitors at the Multimodal 2013 Exhibition in Birmingham heard yesterday.

David Barnes, an analyst at Clarkson Securities, noted: “The golden egg of the transport market is a fixed price. But often neither party is willing to honour the price part of a contract because of extreme volatility.”

He added that using derivatives can help companies plan budgets without any risk to the operational side of the contract. “You can fix the budget for up to two years, and the minimum hedge is just for one month,” he said.

Derivatives can be a particularly useful tool for SMEs who don’t have the volumes to get good fixed rates, as the minimum shipment is just 1TEU. “It is also quick and easy to execute,” explained Barnes. “While a tender process can take months, derivatives can be arranged in minutes.”

Dave Gaughan, Operations Director at Kerry Logistics (UK), which uses derivatives for about two percent of its volumes, also spoke in favour of the financing tool: “With all this rate volatility, we thought that there might be room for another product in the market. GRI, PSS, BAF all add uncertainty to the market. An increasing number of our customers are moving on to fixed deals, but there is still uncertainty.”

Traditionally, the container shipping industry has been reluctant to embrace derivatives, despite their prevalent use in the bulk and tanker sectors. “Some people compare derivatives to gambling at a casino,” explained Gaughan. “My view is that the existing market is far more risky. If I was going to take a gamble, it would be in a casino in Macau, not on the future of the freight market this year.”

Barnes believes that derivatives are going to gain greater traction in the container shipping market in the near future, with the change driven by investors rather than the freight industry.

“Lots of companies are becoming rather needy of cash to keep them going,” he said. “And it may end up being the people who lend them money who convince them. They will have to find new mechanisms to protect their revenues.”

The seminar attendees also heard from George Potter, Derivatives Marketer, World Fuel Services, who explained the benefits of fuel-hedging. “Most people budget for fuel, and it’s largely a meaningless process,” he pointed out. “There are lots of options available, it’s just finding the mechanism that suits you.”

Chris Welsh, Director of Global and European Policy with the Freight Transport Association (FTA), which ran the seminar programme in conjunction with Multimodal said: "It was as really interesting to hear that derivatives are not just for large shippers trading thousands of containers per year, but there are real opportunities for small shippers to insulate themselves against rate volatility."
multimodalFTAKerry LogisticsClarkson Security
Share
Share