More than 2 Billion Items Sold Through Amazon in 2014 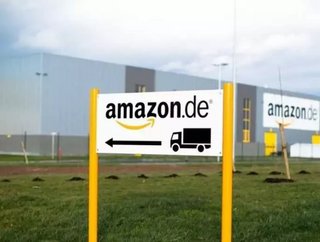 Sellers onAmazonsold a record-breaking 2 billion-plus items worldwide in 2014, the e-commerce giant has revealed. There are currently more than 2 millio...

Sellers on Amazon sold a record-breaking 2 billion-plus items worldwide in 2014, the e-commerce giant has revealed.

There are currently more than 2 million sellers on Amazon worldwide that account for over 40 percent of the total units sold on the site, and the number of sellers on the platform adopting the Fulfillment by Amazon (FBA) service also grew more than 65 percent year-over-year worldwide.

Peter Faricy, VP for Amazon Marketplace, said: “It’s been a record-setting year for selling on Amazon. We’re seeing strong growth from sellers listing their items across our global marketplaces. In fact, there are now more than a billion offers for customers to browse from sellers who are listing items for sale outside their home country.

“The growth of mobile and the introduction of the Amazon Seller App have also been a big win for sellers this year. Sellers are constantly telling us they value the flexibility of managing their businesses on-the-go from their tablets and mobile devices.”

Sellers on Amazon around the world continue to adopt FBA, a service that enables sellers to have Amazon store and ship their products directly to customers while offering Amazon Prime benefits, such as free shipping, simple exporting to customers around the world, streamlined cross-border trade, easy returns and Amazon customer service.

Here are some highlights for 2014: