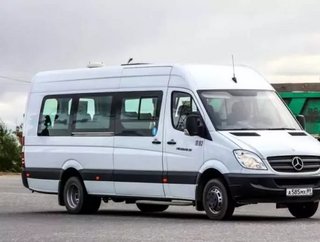 This week, Mercedes-Benz Vans USA broke ground on its new Sprinter manufacturing plant in North Charleston, South Carolina. To date, the company has be...

To date, the company has been producing its Sprinter vans for the US market at German plants. However, because of high import tariffs, the vehicles have to be dismantled prior to shipping and reassembled once they arrive on US shores.

Demand for Sprinter vans has been growing in the United States, with 28,000 units delivered last year — an eleven percent increase on 2014 numbers. The new production facility will allow Mercedes-Benz to expand its fleet more economically and reduce delivery time to customers.

"Our new Sprinter plant is a big leap into the future of production at Mercedes-Benz Vans,” said Frank Klein, Head of Operations Mercedes-Benz Vans. “We are combining all of our global expertise and experience in this plant. In doing so, we make it one of the most advanced facilities in North America.”

"Construction and all necessary preparations are right on schedule,” said Michael Balke, incoming CEO of Mercedes-Benz Vans, LLC and Director of Production at the plant. “We have already begun to recruit and train a core team of employees in administration. We have also hired the first technical specialists. Applications of production job candidates will be accepted beginning mid-2017."

The first Sprinter van built in the US is scheduled to come off the assembly line by the end of the decade.