Melting polar ice will create new routes through Arctic by 2050 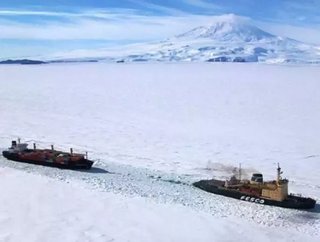 Melting polar ice could create a new shipping lane through the North Pole by 2050, according to research by the University Of California (UCLA). In the...

Melting polar ice could create a new shipping lane through the North Pole by 2050, according to research by the University Of California (UCLA).

In the future, melting sea ice could mean that ordinary shipping vessels will be able to navigate parts of the Arctic Ocean which were previously inaccessible, without the use of icebreakers to clear their route.

Researchers from UCLA were surprised to find that the Arctic ice sheet is expected to thin to the point that polar icebreakers will be able to navigate between the Pacific and Atlantic oceans by making a straight shot over the North Pole, according to predictions by the researchers. The route would be 20 percent shorter than today's most-trafficked Arctic shipping lane, the Northern Sea Route, which hugs the coast of Russia.

The new lanes would be navigable in the late summer months as a result of an unprecedented amount of melted sea ice. Whilst this would be beneficial from an economic perspective however, the development is worrisome in terms of safety for the Arctic environment.

"The development is both exciting from an economic development point of view and worrisome in terms of safety, both for the Arctic environment and for the ships themselves," said lead researcher Laurence C. Smith, a professor of geography at UCLA.

The study, which is the first thorough assessment of trans-Arctic shipping potential as global temperatures continue to rise is based on independent climate forecasts for the years 2040 to 2059.

"We're talking about a future in which open-water vessels will, at least during some years, be able to navigate unescorted through the Arctic, which at the moment is inconceivable," said co-author Scott R. Stephenson, a Ph.D. candidate in the UCLA Department of Geography.

Even the fabled and notoriously treacherous Northwest Passage, which traces Canada's coastline and offers the most direct route from Asia to eastern Canada and the northeastern part of the U.S., is expected to become more viable for Polar Class 6 vessels and possibly even ships with unreinforced hulls, which make up the lion's share of the world's commercial fleet.

Today, the Northwest Passage is theoretically navigable only one out of seven years, on average, making it too unreliable to be a viable option for commercial shippers, the researchers said. But by mid-century, sea ice will melt in September to the point that it is accessible every other year, on average. Choosing whether to ship through the passage "will become a coin toss," Smith said.

The predictions, however, do not foresee access beyond late summer. "This will never be a year-round operation," Smith stressed.

"No matter which carbon emission scenario is considered, by mid-century we will have passed a crucial tipping point — sufficiently thin sea ice — enabling moderately capable icebreakers to go where they please," Smith said.