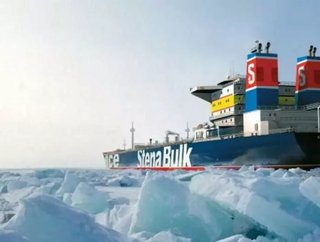 Whether you believe in global warming or not, ice levels in the Arctic Sea reached the second-lowest point in recorded history, according to data relea...

Whether you believe in global warming or not, ice levels in the Arctic Sea reached the second-lowest point in recorded history, according to data released by NASA and the National Snow and Ice Data Center at the University of Colorado.

While that’s potentially bad news for our environment, it’s great news for shippers in the Northern Hemisphere. This year’s record low opened up shipping passages through the Northwest Passage and Northern Sea for brief periods last month.

Danish shipping company Nordic Bulk Carriers took full advantage of the new routes, and claimed to save one third of its usual shipping costs by taking shorter shipping routes to China through the Arctic.

Less ice also meant for quicker trade for Nordic Bulk Carriers, who made the journey to China in nearly half the time.

“The window for sailing the route is four months now, but the Russians say it is seven. When we can save 22 days on transportation, it is very good business for us.”

Good business for shippers is probably bad news for the environment. Ice levels in the Arctic barely avoided their lowest recorded point ever, which was set in 2007. Scientists point out that 2007 witnessed unusual weather that contributed to ice melt; those same conditions were not present this year.

“Atmospheric and oceanic conditions were not as conducive to ice loss this year, but the melt still neared 2007 levels,” Matt Meier of the National Snow and Ice Data Center said.