Maersk's Triple-E: from spec to sea 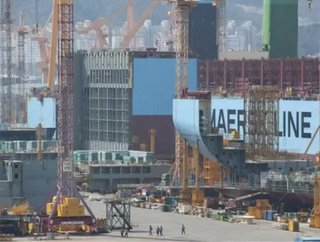 Follow @Staff_BREeditor Maersks first Triple-E vessel is scheduled for delivery on 28 June 2013, with its actual service in the Maersk Line fleet on th...

Maersk’s first Triple-E vessel is scheduled for delivery on 28 June 2013, with its actual service in the Maersk Line fleet on the Asia - Europe trade to begin in mid-July.

An official Triple-E website has been created to explain how to design a 400 metre ship that can carry 18,000 containers and consume 35 percent less fuel than much smaller ships, and how seafarers prepare for sailing a ship like this before it exists.

It is from this website where the progress of the vessels’ construction can be tracked, as well as a countdown to launch and delivery, and a multitude of photos, videos and stories from the many phases of the project can be found.

“A project like this has multiple stages and a huge diversity of people, machines and activities responsible for so many different parts,” said Steen Reeslev, Head of Group Relations at Maersk. “It’s fascinating, and until now has happened behind the gates of the shipyard.

“The Triple-E site is our chance to share the build and development of these amazing ships from beginning to end with our customers, employees and the public,” he continued.

The Triple-E website will host all new information about the Triple-E and is part of the wider communication plan around the Triple-E launch with a goal to excite and engage the general public, customers, investors and employees in the creation and launch of these vessels.

A number of events are planned in connection with the completion and launch of the first Triple-E, including a traditional naming ceremony in the shipyard, a maiden voyage, as well as local events in and around the ports of call. There will also be various social media events that will enable people around the world to participate on different levels in the arrival of these new ships.

“We want our customers, our employees and people around the world who are passionate about Maersk ships or ships in general, to feel part of this great project,” Reeslev continued. “We hope with the worldslargestship.com we can make it easy for everyone to experience and share the stories around these ships.”