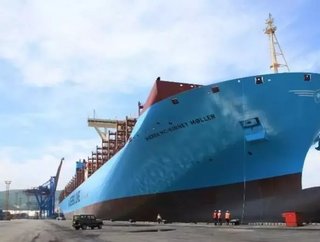 Follow @SamJermy and @SupplyChainD on Twitter.The worlds largest container shipping company, Maersk from Denmark, has urged Iran to release the crew of...

The world’s largest container shipping company, Maersk from Denmark, has urged Iran to release the crew of a chartered cargo vessel seized by Iran over a 10-year cargo dispute with an Iranian company.

"We must insist that the crew and vessel are released as soon as possible. The crew is not employed by Maersk Line, nor is the vessel owned by Maersk Line," the company said in a statement.

"Maersk Tigris and its crew are thus not in any way party to the case, which presumably is the reason behind the seizure of Maersk Tigris." it added.

Iran's elite Revolutionary Guards intercepted the ship on Tuesday in the strategic Strait of Hormuz amid heightened regional tension over the Yemen conflict and high-stakes diplomacy over Iran's nuclear programme.

The Marshall Islands-flagged vessel was operated by Rickmers Ship Management, with head offices in Singapore and Hamburg, and was carrying cargo for Maersk Line.

The Danish company said it had been told by the Iranian Ports and Maritime Organisation at a meeting Wednesday that the seizure was linked to the loss of 10 containers it had shipped to Dubai for an Iranian company in January 2005.

"The containers were never collected by the consignee or any other party. After 90 days and in accordance with United Arab Emirates law, the cargo was disposed of by (the) authorities," it said.

Several Iranian district courts had dismissed a $4.0 million (3.59 million euro) lawsuit by the Iranian company against Maersk over the lost cargo but in February the group had accepted an appeal court's ruling to pay the firm $163,000.

The group said it had been told at the Wednesday meeting that following another appeal it had been ordered to pay $3.6 million in compensation.

"As we do not have the details of the ruling we are not able to comment," it said.

The Pentagon said on Wednesday that Iran's Revolutionary Guards had "harassed" a US-flagged commercial ship last week in the Gulf, raising security concerns over shipping lanes in the Strait of Hormuz, through which a third of global marine oil traffic passes.