Maersk hopes for Triple A performance from its Triple E ships 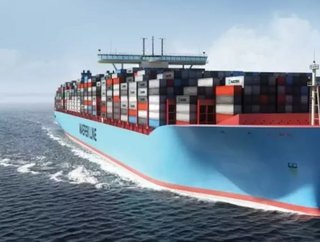 In just over two months, a new behemoth will govern the Northern Sea Route. At 400 metres long and 59 metres wide, this beast of the sea holds the tit...

In just over two months, a new behemoth will govern the Northern Sea Route.

At 400 metres long and 59 metres wide, this beast of the sea holds the title of world’s largest ship, able to carry an incredible 18,000 TEU (20ft containers) at full capacity, yet through an incredible feat of engineering, can do it at half of the average CO² output of vessels deployed along the Asia-Europe trade route.

If you have heard the hype in the logistics industry over the past year, then you already know about the Maersk Triple E, the largest containership in the world.

Named after its three core attributes – Economy of scale, Energy efficient and Environmentally improved, the Triple E is optimised to sail with the maximum possible cargo load at slow steaming speeds used by the industry today, thereby reducing its negative effect on the environment.

Equipped with an energy-saving waste heat recovery system, the Triple E recycles about 25 percent of the energy created by the ships’ engine that would normally go to waste through the exhaust system, saving around nine percent of CO² emissions when travelling at optimum speeds.

In addition, the twin skeg propulsion system, which features a double-engine and double-propeller, consumes four percent less energy than the most energy efficient ship currently in operation, the Emma Maersk.

Maersk Line is the clear frontrunner for sustainability in the shipping industry, having met its emissions target for 2020 eight years early in 2012. The low environmental impact of the Triple E ship is a key element of Maersk’s ambitious new emissions reduction goal, according to Jacob Sterling, Head of Environment and CSR at Maersk Line.

“Maersk Line's new target to reduce its CO² emissions by 40 percent by 2020 compared to 2007 will be met through a number of initiatives, such as technical upgrades of vessels, slow steaming and optimised voyage execution. Clearly the 20 Triple-E ships will contribute greatly.

“The Triple-E ships will be the largest ships in the world, which means that they can load a very high number of containers, reducing the level of CO² emitted per container. The ships are designed to operate to relatively low speeds, which has made it possible to install less engine power. While the Triple-E can load 16 percent  more containers than the Emma Maersk, the engine power is 20 percent less,” he continued.

Despite its incredible carbon reducing capabilities, the Triple E has had a varied reaction from the shipping industry, which has raised a number of concerns regarding the practicalities of operating such a large vessel. Due to its size, the ship is unable to enter the Panama Canal and many ports in Europe have been forced to undergo large scale construction projects in order to accommodate the Triple E’s vast dimensions.

A further cause for concern is the impact of the Asia-Europe trade imbalance, which is guaranteed to result in Triple E ships that arrive from Asia full returning to China empty, which could reduce the effect of CO² efficiency savings by wasting resources on an empty return journey.

While the new ship’s limitations have caused controversy, Maersk has remained positive about the benefits of the Triple E, with the recent announcement that it is to order a further 10 vessels for delivery in 2014, bringing the total order to 20.

“The ships have been designed and purchased to sail on the Asia-Europe trade, where the cargo volume, ports and infrastructure is generally ready for ships of this size,” Sterling said.

“There is a trade imbalance between Asia and Europe where boxes are generally full going Westbound, but not all boxes will be full going back. The Triple E ships cannot change that.”

Sterling is confident that despite the enormous size of the ships, there is sufficient demand to ensure the Triple E uses the majority of its capacity, as the company bank on a continued growth in Chinese Exports. The company eventually plans to use only Triple E ships for Asia-Europe trade routes, redistributing the ships that are currently used to other routes.

“We expect to make good use of the full capacity of the Triple E. We will manage the capacity of our fleet to ensure a good utilisation of our ships. Of course, they will not always be full, but we have no reason to believe that these ships will be less full than other ships in the Asia-Europe route,” said Sterling.

If the Triple E ship is as successful as Maersk is hoping, we could see the economy of scale applied at an even greater scale, resulting in even bigger ships, according to Sterling.

“It cannot be ruled out that ships will get bigger in the future. Looking back, there has been a clear trend that ships have become bigger and bigger,” he said.