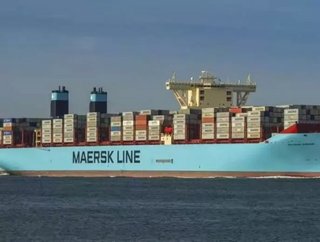 Denmarks Maersk Line, the worlds largest container shipper, has decided to end &lsquo;feeder operations at 10 Chinese ports in an effort to cut costs...

Denmark’s Maersk Line, the world’s largest container shipper, has decided to end ‘feeder’ operations at 10 Chinese ports in an effort to cut costs.

Currently, the ports are served by feeder vessels which transfer cargo to larger ports where massive 20,000-container capacity vessels then transport goods to Europe and the US.

Freight rates have been historically low in the first half of 2016 due to slowing global growth and the addition of a number of new, large vessels to the market.

Earlier this year, the 2M Alliance, a partnership between Maersk and fellow global container shipper MSC, announced that they would cut Asia-North Europe port calls from 95 to 83 across their five weekly service loops.

Vincent Clerc, Chief Commercial Officer at Maersk Line, said at the time: “We are utilising our scale to deliver a better product. With the largest network and the deployment of an increasingly uniform fleet of ultra large container vessels, we maintain our extensive direct coverage while focusing each service towards best in class transit times to specific markets on the trade.”

This week, a Maersk line representative told Reuters that the closure of service at the 10 Chinese ports “should not be interpreted as a change of strategy”.

Maersk Line is expected to post a loss of US $67 million when A.P. Moller-Maersk group publishes second-quarter results on Friday.

The story was originally published by Reuters.