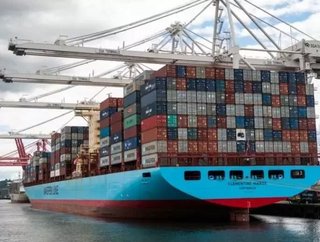 Follow @SamJermy and @SupplyChainD on Twitter.Maersk Line has announced that from 1 January 2015, it will implement a surcharge on cargo with an origin...

Maersk Line has announced that from 1 January 2015, it will implement a surcharge on cargo with an origin or destination in the new low-sulphur zones.

These low-sulphur zones are being introduced by the European Union (EU) in the North Sea, Baltic Sea and English Channel as well as one being implemented on both coasts of North America.

The surcharge varies, depending how many miles cargo remains in the control zone.

The new regulations require the amount of sulphur in emissions to be reduced from 1 percent to 0.1 percent and low-sulphur fuel is thought to be 50-60 percent more expensive.

The world’s second biggest shipping line Mediterranean Shipping Company has also announced similar charges, and this comes after both MSC and Maersk announced a 10 year vessel sharing agreement on the Asia-Europe, transatlantic and transpacific trade lanes.

The EU want to reduce levels of sulphur in the air as it causes respiratory problems when breathed in and can react with other substances to form sulphuric acid and sulphur particles.

Cargo heading to or from the Baltic zone (Russia, Finland, Latvia and Lithuania) will be charged an additional £63 per FEU.

The most affected service will be from Montreal to the Port of St Petersburg which goes through 5,000 miles of control zone in total.

More information on the latest Maersk Group news can be found at: http://www.maersk.com/en/the-maersk-group/press-room/press-release-archive/2014/10/vessel-sharing-agreement-to-be-implemented-as-planned