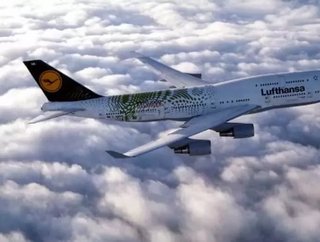 The global economic crisis that started in the late 2000s hurt businesses all over the world. Remarkably, one report that surfaced today is claiming a...

The global economic crisis that started in the late 2000s hurt businesses all over the world. Remarkably, one report that surfaced today is claiming a major air freight company was helped by the worldwide economic instability.

“Exploit” is a pretty harsh word, but Lufthansa Cargo has reported some pretty remarkable figures over the last few quarters. The first quarter of 2011 may have been its best. Lufthansa Cargo increased revenue by 31.8 percent year-on-year, while its earnings before interest, tax, depreciation and amortization (EBITDA) is up 19.7 percent.

The report attributes increasing demand as the biggest reason to Lufthansa Cargo’s success, but that hasn’t helped some of the company’s biggest competitors in air freight.

Air France-KLM reported much more modest figures for the first quarter and still saw an operating loss of €9 million and hasn’t shown a drastic increase in shipping volume.

So does that make Lufthansa Cargo ruthless or business-savvy? The company is now the largest air cargo carrier outside of the major multinational corporations, and certainly a strong business plan during the global economic crisis helped the company survive and grow.

Lufthansa Cargo has continued to expand its fleet, and its unparalleled growth in the air freight industry raises some concerns as to how the German-based airline has had success when others have struggled.

Until we hear of any wrongdoing from Lufthansa Cargo, however, we’ll attribute the success to smart management. Part of being a long-term successful business is exploiting opportunites, and that’s exactly what Lufthansa Cargo did.