The logistics behind the 2014 Sochi Winter Olympics 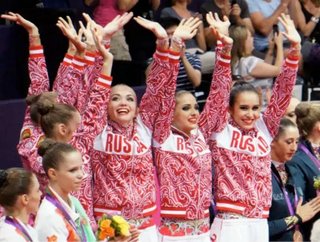 Provided be Wasp Barcode Technologies In another month, the 2014 Sochi Winter Olympics shall begin. Teams from around the world are training vigorously...

In another month, the 2014 Sochi Winter Olympics shall begin. Teams from around the world are training vigorously in the hopes of bringing home the glory and the gold medal in their chosen sporting venue. There will be 17 days of winter events and 9 days of Paralympic games as a full house of spectators fills every seat in the 75,000 capacity Sochi Olympic Park.

What has held everyone's attention is the enormous amount of money spent to host the games in Russia. An estimated $51 billion has been spent on the Sochi Winter Olympics -- making it one of the costliest Olympics in history. It is reported that $6 billion went toward Olympic-related expenses, and $8.7 billion was spent completing the road and rail infrastructure to transport spectators, the media, volunteers, workers, the Olympic athletes, and the athletes' families. Yet, one thing that falls short in gaining the public's attention is the cost and manpower spent hauling all of the Olympic equipment and goods to the games.

From a logistical standpoint, the Winter Olympics is one of the largest freight and shipping nightmares to happen on a global scale. There will be packages, parcels, and pallets of goods shipped from other countries to one central location -- en masse -- for the athletes, spectators, media representatives, and workers. These goods will be shipped by sea, air, rail, and land as all transportation routes will be monitored by the Federal Customs Service and managed by the Sochi 2014 Organizing Committee.

Types of eligible goods coming in by freight include:

There is no quantity limit imposed for the amount of goods that can be shipped for the 2014 Sochi Olympics. So, the true logistical numbers won't be available until after the Olympics have ended. Yet, keep the following factors in mind:

1: There will be more than 5,500 athletes and team members attending.

2: There will be over 1,350 paralympic athletes and team members attending.

3: There will be 25,000 volunteers helping out with the Olympic games.

4: There will be over 12,000 media representatives from all over the world broadcasting the games to an expected 3 billion television viewers.

Each and every person will need some piece of equipment or good to play their Olympic sport, broadcast the games, or prepare the games to be played. For every piece of equipment to be used, there will be a certain amount of extra equipment in case the original piece is faulty or damaged -  all during the 17 days of the Winter Olympics. For every spectator, media representative, athlete, athlete's family member, and volunteer there will be the appropriate amount of hospitality goods for their stay in Sochi, food goods, and medical goods available.

The logistical numbers for shipped freight will be staggering. To handle such a massive undertaking, the 2014 Sochi Organizing Committee has appointed an official freight forwarder for every avenue of freight access to Sochi to ensure all goods are transported efficiently.

From these two distribution centers, all the freight will be organized and available for use at the Sochi 2014 Winter Olympics. Shipping documents must accompany every piece of freight as it will then be shipped to the final venue of destination. Every freight forwarder used will need a delivery manifest and can only deliver goods within a specified delivery window to ensure the maximum security measures are taken at every venue.

Managing the large amount of freight for the Olympic games won't go without a hitch. Problems are bound to arise simply because of the sheer amount of freight passing through Sochi. With all logistical operations already in place, hopefully the number of issues are reduced for the 2014 Winter Olympics to efficiently function with all the goods and equipment needed to play these competitive sports.