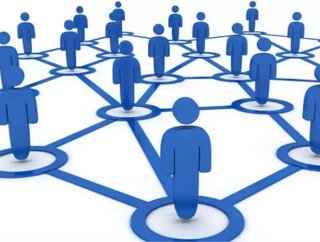 The logistics industry is slower than others in making use of social media for marketing purposes despite the need to innovate and find ways to stay co...

The logistics industry is slower than others in making use of social media for marketing purposes despite the need to innovate and find ways to stay connected with customers.

A new report revealed that only 46 percent of the 655 companies surveyed make use of social media, which compared to other sectors is relatively few.

The industry is up against weak increases in transportation volumes, rising costs and its margins being squeezed.

However, social media offers logistic companies the chance to stay connected with clients, allowing a better exchange of ideas and the ability to find new opportunities ensuring they won’t end up buried amongst the others.

The study, which was focused on how logistics companies actually uses social media to achieve their goals, was conducted by the Netherlands Chamber of Commerce (Kamer van Koophandel) together with a number of organisations from the Kennis Distributiecentra Logistiek.

The main reason for the low take up on social media was put down to decision makers not seeing an advantage for the logistics sector (40 percent) and further more they often lack knowledge about its application (36 per cent). Another 10 percent say they don’t have a budget for it.

This is surprising, as costs for social media marketing are low in comparison to traditional marketing due to the freely available communication channels (For example, Linkedin, Facebook and Twitter).

Overall, the logistics sector is far behind other industrial sectors and misses potential gains. In addition, the study found that only 10 percent of the surveyed companies plan to invest in social media in the near future.

The most common platform for social media marketing in Logistics is Linkedin, which is being used in 75 percent of cases. Facebook (69 percent) and Twitter (49 percent) follow closely, however are less often used in comparison to other industries.

Especially the fact that Twitter is less popular shows that the benefits of social media have not yet fully arrived at logistics managers' understanding.

One of the main goals of social media, according to 70 percent of companies,  is to improve branding and establish deep relations with customers, partners and stock holders.

Over one third (40 percent) also use social media to come up with new ideas, while 20 percent use it for recruiting purposes. Nevertheless,social media is not considered as tools for sales activities.

Concerning the benefits of social media, the study revealed that 41 percent of the social media marketeers recognised a gain in branding, 35 percent mentioned to have built new relationships, and 30 percent found inspiration for their business.

A remarkable 12 percent stated to have acquired new business. At the same time 30 percent did not recognize any benefit at all.

The application and gains of social media strongly depend on the specific business sectors. Logistics service contractors are the first to run social media marketing activities.

Nearly 80 percent already use LinkedIn, Twitter, and Facebook. Tran-shipment contractors also make use of social media, but they strongly focus on LinkedIn, most likely due to the effectiveness of targeting.

Opposite to that, Twitter and Facebook are particularly suited for b2c activities, because these networks mainly target the social environment of their users. Professional company profiles, groups, company pages, and advertisements are possible as well, however the targeting is not as sophisticated as in LinkedIn.

As we can also see, there is no better or worse. The right channels have to be selected, according to the goals of online marketing investments. Furthermore social media activities still have to be in line with the corporate identity and its relevant environment.