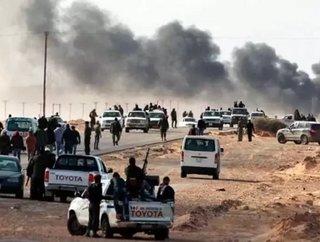 Help is on the way for Libyan rebels trying to overthrow authoritarian leader Gaddafi, and the aid is coming in the form of a renewed medical supply ch...

Help is on the way for Libyan rebels trying to overthrow authoritarian leader Gaddafi, and the aid is coming in the form of a renewed medical supply chain.

The World Health Organization is aiming to begin shipping essential drugs to Libya in the coming weeks. The WHO’s announcement comes on the heels of the Dutch government unfreezing €100M (US $143M) in funds belonging to Muammar Gaddafi’s Libya.

A United Nations spokesman says that the funds will go toward the purchasing of urgently needed supplies for Libya’s population, including vaccines, insulin, chemotherapy medicine and dialysis drugs.

WHO’s Tarik Jasarevic said that Libya spends about $500-700 million annually on imported drugs and medical supplies. “We hope to ship some medicines in a couple of weeks but for others it could take longer,” Jasarevic told the Associated Press.

Medical supplies have run dangerously low following the outbreak of the Libyan civil war in February earlier this year. The war began when a series of protests were met by military force by the Gaddafi regime.

Rebellion quickly spread throughout the country, with anti-Gaddafi forces establishing a government named the National Transitional Council in the city of Benghazi on the coast of the Mediterranean in eastern Libya.

The ongoing Libyan civil war is slowly turning in the favor of the rebels, who are gaining continued support from powerful Western nations. NATO bombings have helped the rebels continue a successful offensive against Gaddafi’s forces in western Libya.

A recovering medical supply chain and aid from the World Health Organization can only help Libya’s rebels, whose fight has lasted for six months.