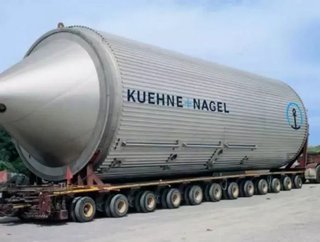 Global logistics giant Kuehne + Nagel (KN) have announced the restructuring of their European operations in the first step of a &lsquo;comprehensive pr...

Global logistics giant Kuehne + Nagel (KN) have announced the restructuring of their European operations in the first step of a ‘comprehensive programme for increases in efficiency’.

In an online statement released on their website, KN explained it will optimise its regional structure beginning July 2013, beginning by merging the current organisational units of ‘Central Europe’, ‘North West Europe’ and ‘Southwest Europe’ into one central region.

The new region, dubbed ‘West Europe’, will be based in Hamburg, whereas the region ‘East Europe’, which has head offices in Vienna will remain the same.

In order to maximise business opportunities in the Asia-Pacific region, two regional teams will be established. The national companies China, Hong Kong, Taiwan and Macau will belong to the region “North Asia” as of July 1, 2013, with headquarters in Shanghai.

The region “South Asia” will consist of the South Asian countries South Korea and Japan, and will be headquartered in Singapore. The structures in the regions North and South America will remain unchanged.

These changes follow a number of changes at KN, following the resignation of the Group’s CEO, Reinhard Lange, and a new drive to implement cost saving efficiencies following a fall in net earnings for 2012.

An online statement releasing the company’s operating results summarized: ‘Compared to the previous year, the company increased volumes in all business units despite slower international trade growth. However, results were negatively impacted by declining profit margins, cost increases and an antitrust fine of CHF 65 million imposed by the European Commission in March 2012.’

Karl Gernandt, Chairman of the Board of Directors of Kuehne + Nagel International AG: “In the difficult market environment 2012 the strategy of the Kuehne + Nagel Group to focus on regional and industry-specific growth segments has proven its worth. However, we did not manage to adjust our costs in a timely manner everywhere; as a result we had to experience setbacks in profitability in several countries. Taking this into consideration, Kuehne + Nagel will realign its management and organisational structures in order to react more quickly and efficiently to market demands and growth potentials. From our new members to the Management Board we expect important impulses for the operational development of the business units Contract Logistics and Road & Rail Logistics.”