KPMG: More research needed into the impact of drone collisions 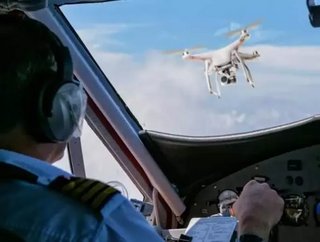 Following the potential collision between a drone and a British Airways flight from Geneva yesterday, James Stamp, global head of aviation, at KPMG has...

Following the potential collision between a drone and a British Airways flight from Geneva yesterday, James Stamp, global head of aviation, at KPMG has issued a comment on the incident.

He said: “People who fly drones in controlled airspace are potentially putting lives in danger, and should be subject to the strongest possible sanctions available under the law. A number of practical steps should be taken, including requiring drones to be registered, tougher penalties for irresponsible behaviour, and technology based solutions that will prevent the drones entering restricted airspace in the first place.

“More research is also required into the potential impact of collisions because, while the impact of bird-strikes has been well researched, the impact of drone impacts is less well understood.”

A British Airways spokesman said: "Our aircraft landed safely, was fully examined by our engineers and it was cleared to operate its next flight."