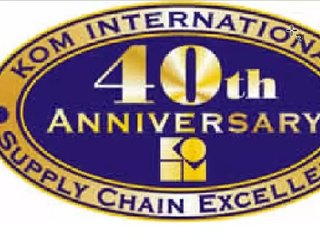 KOM International was founded in 1963 by founder Sydney Kom, who aspired to help North American retail grocery firms achieve excellence in their wareh...

KOM International was founded in 1963 by founder Sydney Kom, who aspired to help North American retail grocery firms achieve excellence in their warehouses. On July 18, 2012, they celebrated 50 years in business.

Today,  KOM Systems offers custom-designed cross-platform system applications, monitors and controls critical variables like logistics surveys, evaluation of supply chain impacts on the bottom line, the evaluation of distribution operations to improve service and efficiency, distribution center design and layout, reset and optimization of existing distribution facilities, implementation services,  inventory management, and more. They service customers making from $50 million to $200 billion in sales, some of which have been with the company for decades.

KOM has been involved in a variety of projects over its 50 years. Currently, the company is working with a grocery retailer with $2.5 billion in sales in the Northeastern U.S. to determine distribution needs and opportunities. The company has designed consumer goods and food items distribution centers in South Korea, Okina2a and Germany for a division of the U.S. government. KOM’s website boasts “cost reductions of 5-20 percent” for even “champions of industry.”

In June of 2012, KOM hosted its 29th-annual conference, which was attended by 25 distribution companies including Nestle, Kraft Foods, Price Chopper, and Coca Cola and more – companies totaling $155 billion in revenue.