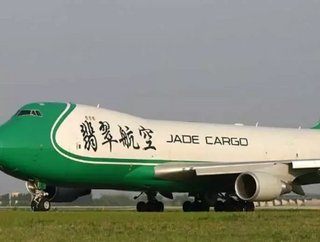 Air freight demand in Asia has reached such a critical low that Jade Cargo International has temporarily grounded its cargo fleet to cope with increasi...

Air freight demand in Asia has reached such a critical low that Jade Cargo International has temporarily grounded its cargo fleet to cope with increasing deficits.

“The temporary suspension of Jade Cargo services is due to overall weak air cargo demand,” a statement on the company’s website read. “It will also provide the shareholders with an opportunity to coordinate with stakeholders to continue with the restructuring of the company’s financial structure.”

Jade Cargo has yet to give a date in which operations would resume.

The interesting part of all this financial shakeup is that the company is jointly owned and operated by three different companies. Shenzhen Airlines owns 51 percent of Jade Cargo, Lufthansa Cargo in Germany owns 25 percent, while DEG owns the remaining 24 percent.

Lufthansa has been perhaps the most vocal of the bunch, and is on the record as saying that the company wouldn’t rule out selling shares of its stake in the struggling air cargo company if profits remain low.

“We shall withdraw from loss-making units without a reasonable turnaround perspective,” Lufthansa CEO Christoph Franz said in October.

That lack of support could prove to be the undoing of the struggling air freight company. There are several players in the Asian market, making it difficult to compete. While Jade Cargo is one of the region’s major players, it wouldn’t be surprising to see this temporary fleet grounding prove to be the prelude of much more drastic measures.