Iran seeks to develop aviation industry as sanctions are lifted 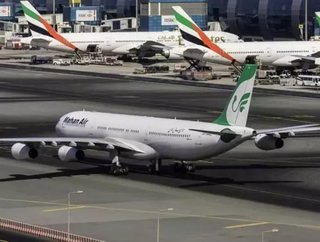 In a move to restore its aviation industry after international sanctions were lifted (some of which have been in place for 40 years) Iran has laid out a...

In a move to restore its aviation industry after international sanctions were lifted (some of which have been in place for 40 years) Iran has laid out a blueprint of regulatory reforms. But despite talk of a major aircraft order from Airbus legal, financial and regulatory barriers remain as Iran seeks out foreign investment.

Peter Harbison, chairman of the Centre for Aviation, an Australian consultancy, said: "We are seeing massive opportunities in Iran.”

The country will only be able to develop its aviation industry with adequate funding, organisation and skilled manpower. It has been reported that Iranian President Hassan Rouhani has outlined a purchase of least $20 billion worth of Airbus jets from Europe as a test case for post-sanctions trade due to the sums involved and state-of-the-art financing used in the jet market.

Completing the Airbus deal depends on the approval of the US Treasury, which must approve sales to Iran of jets with more than 10 percent US parts. Even if this is achieved, Iran must work out how to pay for the jets.

Washington has said Iran may still not use its financial system, raising potential difficulties for jet deals denominated in dollars. If Iran pays for its aircraft in euros, any money subsequently converted into dollars may create problems.

A senior Iranian official said Tehran was in touch with the US Treasury to clarify the status of such transactions. Iran, meanwhile, faces warnings that western banks may hold off from backing aircraft and other deals until rules are clear.