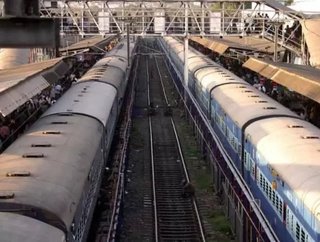 Supply chain operations in India, which have historically been hindered by a complex tax structure and poor infrastructure, could see significant improv...

Supply chain operations in India, which have historically been hindered by a complex tax structure and poor infrastructure, could see significant improvements over the next few years thanks to a recent government bill, said Crimson & Co in a recent statement.

Coupled with the focus on infrastructure improvements, there are greater opportunities for companies to increase market share and decrease supply chain costs than ever before, according to the global supply chain consultancy.

India’s supply chains have long been hampered by border regulations and poor road-surface quality. Cross-country road freight transport faces stop-and-search controls at state boundaries, complex forms to fill out verifying the goods, along with state taxes on import, manufacture and the sale of goods and central government taxes.

In the past this has dramatically increased the cost of goods. Although India reportedly has the second largest road network in the world most roads are of poor quality, including the national highways, further increasing costs.

That being said, government action over the past few years has opened doors to dramatic improvements to India’s supply chains. The Goods and Services Tax (GST) Bill, officially known as The Constitution (122nd Amendment) Bill 2014, is set to be a game changer for the economy when it is fully implemented (expected to be by 2017).

It will reduce the tax burden on companies and have a significant impact on supply chain optimisation, allowing warehouse consolidation, distribution hubs and associated inventory reduction.

This is in contrast to current fragmented distribution models. Additionally, the Indian government has heavily invested in improving India’s national motor highways and is also developing the Dedicated Freight Corridor in the rail network. This will significantly increase rail transport speed, decrease costs and enable intermodal transportation.

For Ravikant Parvataneni of Crimson & Co India, these changes mean that businesses can optimise their supply chains, increasing efficiency in line with local market requirements.

“Business leaders in India have long faced difficulties in operating nationally with fractured supply chains and historically poor infrastructure necessitating numerous local operations. This strategy is not only costly to set up and operate, but coordinating transport can become a logistical nightmare.

“The GST Bill 2014 will work wonders for supply chain efficiency. With uniform taxation and better infrastructure, businesses can consolidate their supply chains. Industries that rely upon the frequent movement of raw materials over long distances such as minerals and tea already benefit from rail transportation but the Dedicated Freight Corridor will have a significant impact on the consumer goods sector in the future.

“Of course, there is still work to be done before India’s supply chains can match those in more cost-effective global regions. However, as companies optimise their supply chains in line with the new taxation regime and infrastructure developments, they need to consider the fragmented sales networks with hundreds of thousands of small outlets needing smaller order quantities. This local network is very different to distribution models in other countries.”

Ravikant concluded: “There has never been a better time for businesses to start reconfiguring their supply chains in India. With operations no longer dictated by the tax regime and infrastructure improvements over the coming year, supply chains in India can start to deliver significant cost savings.”