IATA forecasts brighter skies for the next 4 years 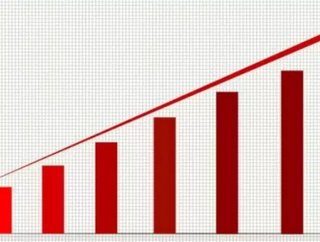 The International Air Transport Association (IATA) offered some positive news to the aviation industry yesterday, forecasting a period of growth up to...

The International Air Transport Association (IATA) offered some positive news to the aviation industry yesterday, forecasting a period of growth up to 2016.

IATA’s industry traffic forecast showed a growth of three percent per annum in international freight volumes, which will total to 34.5 million tonnes until 2016. That is 4.8 million more tonnes of air cargo than the 29.6 million tonnes carried in 2011.

According to IATA’s website, Aviation is at the centre of the future economy, with 3.5 percent of the global economy and 35 percent of all world trade by value relying on aviation, equating to $5.3 trillion of goods which travel by air.

International freight volumes are expected to grow at a five-year CAGR of 3.0%, which is the result of an upward growth trend over forecast period - starting at 1.4% growth in 2012 and reaching 3.7% in 2016.

Freight carriage within the Asia-Pacific region will account for around 30% of the expected total increase in freight tonnage over the period.