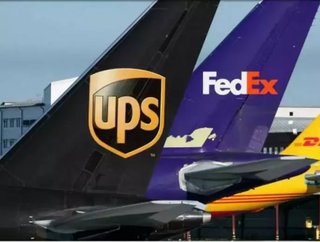 “The half-year report for air cargo is not encouraging. With growth of just 1.2% over June last year, markets are basically stagnating. Some carriers are doing better than others at picking up the business that is out there. But overall it has been a disappointing first half of 2015, especially considering the strong finish to 2014. The remainder of the year holds mixed signals. The general expectation is for an acceleration of economic growth, but business confidence and export orders look weak. Air cargo and the global economy will all benefit if governments can successfully focus on stabilizing growth and stimulating trade by removing barriers,” said Tony Tyler, IATA’s Director General and CEO.

Asia-Pacific carriers saw a fall in FTKs of 0.3% in June compared to June 2014, and capacity expanded 4.0%. The region has experienced a notable slowdown in imports and exports over recent months, and latest data shows emerging Asia trade activity down 8%. Growth for the year-to-date was 5.4%. In addition to generally weak trade growth, the region is the most exposed to the China market where government policies are more focused on stimulating domestic markets.

European carriers reported flat demand in June (0.0%), compared to a year ago and capacity rose 2.2%. Improvements in Eurozone business confidence have not led to increased air freight demand, and consumer confidence has been hit by the Greek crisis. Growth for the year-to-date was -0.6%.

North American airlines experienced a decline of 3.3% year-on-year and capacity grew 2.8%. The positive impact of a modal shift to air as a result of the West Coast ports strike has faded and economic performance, despite some improvement in the second quarter, is subdued. Growth for the first six months of the year was -0.4%.

Middle Eastern carriers saw the strongest growth with demand expanding by 15.3%, and capacity rose 19.2%. Airlines in the region have pursued a successful hub strategy connecting both long- and short-haul markets. Although some major economies in the region have seen slowdowns in non-oil sectors, economic growth remains generally robust, which is also helping to sustain demand for air freight. Growth for the year-to-date is running at 14%.

Latin American airlines reported a fall in demand of 1.6% year-on-year, and capacity expanded 3.7%. Regional trade activity has grown in the first half of 2015, despite continuing weakness in Brazil and Argentina. Unfortunately this has not translated into stronger demand for air freight. Growth for the year-to-date was -6.9%.

African carriers experienced growth in demand of 6.7%, and capacity rose by the same amount. The Nigerian and South African economies have underperformed for much of the year so far, however regional trade has held up. Demand growth for the first six months was 4.8%.