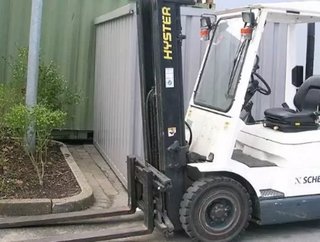 Lift truck manufacturer Hyster-Yale Materials Handling has announced a $24.9 million profit in its first ever earnings report as a standalone company...

Following a spinoff from Nacco Corporation, which was completed in late September, Hyster-Yale made a 42 percent gain in the third quarter of 2012 compared with 2011’s third quarter earnings as a Nacco division.

The net income gains were driven primarily by improved gross margins as a result of price increases in Europe and the Americas, in addition to ‘a favorable shift in sales mix in the Americas to higher-margin products and in Europe to higher-margin markets and products’, according to a statement released by the company.

Also contributing to the increase in net income, specifically in the Americas were favorable foreign currency movements which lowered the cost of trucks and components imported from facilities and suppliers located in countries that use the weakened euro and British pound.

Future forecasts may be threatened by the economic decline, according to the company, who expect sales to fall sharply in Europe. Hyster-Yale hopes to offset some of it’s projected losses with gains from the Americas, primarily Brazil and Latin America, as well as predicting moderate growth in Asia-Pacific, Middle east and African markets.

In an online statement, Hyster-Yale stated that it ‘anticipates a slight decrease in overall shipment levels and comparable parts volume in the 2012 fourth quarter compared with 2011, but an overall increase in shipments and parts volumes in all markets in 2013 compared with 2012, with the majority of this increase driven by the Americas.’