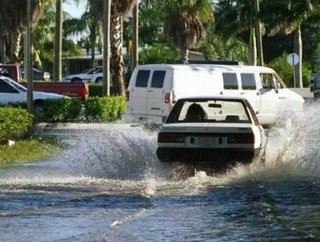 With billions of dollars worth of damage done, Hurricane Irene did its worst to batter the major metropolitan areas of the East Coast, but what are som...

With billions of dollars worth of damage done, Hurricane Irene did its worst to batter the major metropolitan areas of the East Coast, but what are some of the supply chain impacts?

Below are some of the major supply chain implications surrounding one of the worst hurricanes to hit the eastern seaboard in recorded history.

- As of Monday, more than 12,000 flights have been cancelled, with airports in Washington D.C., New York, Baltimore, Philadelphia and Boston seeing the bulk of the cancellations.

HURRICANE IRENE FOOTAGE FROM THE BAHAMAS

- Air freight was disrupted throughout North America, but we won’t know more about Hurricane Irene’s damage there until later this week. Most airports had reopened as of Monday morning.

- Amtrak lines throughout the Northeast were stopped in anticipation of the storm, but commuter rail lines will likely be disrupted throughout this week as heavy flooding between Washington D.C. and Boston subsides.

- Interstate 95, a major, East Coast artery that runs along the Atlantic coast from Miami all the way up the coast to Washington DC, Baltimore, New York and Boston, is mostly clear at this point, which should have a minimal impact on freight trucking along the eastern seaboard.

- The major road affected in the storm is the New York Thruway, which has a 100-mile northbound stretch closed upstate. Major cities that could be affected include Montreal, Syracuse and Albany.

-  Sea ports were closed throughout the weekend in anticipation of the storm, with most container ships riding out the stormy conditions caused by Hurricane Irene at sea. Most major ports in areas like Boston, New York and Baltimore started reopening Sunday night.