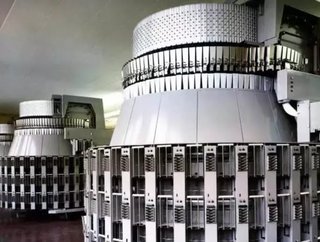 For 50 years, advanced technology from Siemens has been helping Deutsche Post sort the mail efficiently. Siemens technology has successfully led the way through generation after generation of sorting machines, ensuring that mail are sorted not just accurately, but cost-effectively as well.

The origins of automated mail sorting extend back quite some way. Between 1950 and the beginning of the 1960s the mail volume in Germany more than doubled, from 4.2 billion items a year to 9.3 billion. This made finding a way to automate the mail sorting process essential. Siemens started work on the development of an automated sorting system in 1958 in collaboration with Deutsche Bundespost's postal engineering centre. Deutsche Bundespost introduced the world's first system of postal codes in 1961, in the process creating the basis for automated sorting.

The key technical prerequisites, including printing a machine-readable code on mail pieces and the scanning of this code for subsequent processing, were tested in the same year, 1961, at the Munich 2 post office. The initial trials used a simple arrangement consisting of a coding station and a sorting machine with no additional conveyors. Larger components of the system were unveiled to the public for the first time at the 1963 Hannover Messe trade fair in Germany.

On May 31, 1965, the world's first automated mail sorting system was officially commissioned in Pforzheim, Germany. The system developed and built by Siemens comprised 14 manual coding stations and three sorting carousels (known as "rotundas"), each with 100 outlets for different destinations. Postal service workers at the coding stations entered the postal codes manually using a keyboard and the corresponding bar code was printed on the envelope. The machine then sorted outgoing and incoming items using this bar code. The German postal service automated more and more of its mail processing operations over the following years. At the end of the 1970s the first facility to include automated address reading as well was commissioned in Wiesbaden. The address readers used were capable of reading and coding about 70 percent of postal codes in machine-printed addresses automatically.

The Pforzheim mail sorting system was replaced with a new state-of-the-art facility in 1981. Smaller and far less noisy, the new system provided much better working conditions for coding personnel, who were now able to view the items on a special flicker-free monitor instead of having to work right next to the machinery itself.

Mail sorting in Germany had been largely automated by the beginning of the 1990s, by which time mail sorting machines were operating at no fewer than 53 different locations.

Deutsche Post DHL embarked on a further round of modernization in 2009. In cooperation with experts from Deutsche Post DHL, Siemens developed an entirely new generation of standard letter and flats sorting machines, specifically matched to the customer's needs. These machines have since sorted many billions of items ranging from postcards, magazines and newspapers to small parcels with a thickness of up to 32 millimetres and a weight of up to two kilograms. Coding is also now largely automated: more than 90 percent of handwritten addresses can be machine-read without help from coding personnel. Letters and large letters are automatically sorted into their precise delivery sequence – the actual order in which the mail will be delivered to the addresses.

Mail sorting machines of the latest generation have also been installed at mail sorting center 75 in Pforzheim. The center is designed to process between 750,000 and 1.5 million mail pieces every day, helped by Siemens’ mail sorting systems capable of sorting more than 50,000 items per hour.

Today, 50 years on from the grand opening of the first automated mail sorting system, Siemens Postal, Parcel & Airport Logistics ranks as a global market leader for mail sorting systems. About 23,000 systems using Siemens technology are reliably sorting the mail in more than 60 countries and almost all postal service providers of note around the world rely on customer-friendly sorting technology from

Siemens Postal, Parcel & Airport Logistics headquartered in Constance, Germany, is a fully owned subsidiary of Siemens AG. SPPAL is a leading provider of innovative products and solutions in mail and parcel logistics and automation as well as in airport logistics with baggage and cargo handling. Software solutions and customer services along the complete product life cycle complete the portfolio. The company has an installed base in more than 60 countries worldwide. Major customers include renowned airports as well as postal and parcel service providers around the globe. Further information is available on the Internet at: www.siemens.com/logistics

September 30, 2014, Siemens generated revenue from continuing operations of €71.9 billion and net income of €5.5 billion. At the end of September 2014, the company had around 343,000 employees worldwide on a continuing basis. Further information is available at www.siemens.com.