How digital simulation can solve the Brexit port chaos 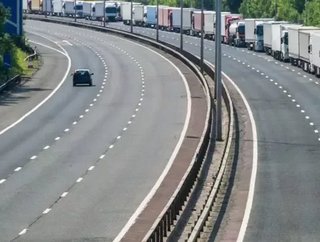 With border checks between the UK and EU coming into effect this year, Simul8 uses digital models to test proposed solutions to post-Brexit backlogs...

While a Brexit deal was agreed on Christmas Eve 2020, concerns remain about unmanageably long queues of lorries at Dover when full border checks come into play in six months’ time - as well as supply chain disruption, food shortages and the associated costs to both UK and EU economies.

Each year, around 2.5 million freight vehicles pass through the Port of Dover which equates to over 3,500 per day or 148 per hour going in each direction. Around 85% of these vehicles carry goods from the EU to the UK across the English Channel between Dover and Calais/Dunkirk.

The Port of Dover says EU lorries are typically processed in around two minutes, whereas it takes 20 minutes or more to clear non-EU vehicles. Pre-Brexit, just 1% of traffic entering and leaving the port were subject to the full custom checks.

However, when we modelled the impact of increasing check-in times from two minutes to four minutes for all vehicles, the queue drastically jumped to 52,396 freight vehicles – the equivalent of over two weeks’ worth of vehicles in a backlog. By further increasing the check-in time to the expected 20 minutes, the queue reached a colossal 70,594 vehicles, meaning that infrastructure was nearly 5x overstretched at 469% overcapacity, equivalent to a backlog of around 20 days.

This is clearly unmanageable within the current infrastructure.

We were able to adjust our model to test three of the solutions that have been suggested as ways to ease the flow of freight.

A new 27-acre lorry park will be opened off the M20 motorway to provide additional capacity to hold further lorries and reduce disruption on the transport infrastructure.

There are suggestions that seven new inland custom check points will be opened to better distribute traffic heading into Dover, and that up to 900 extra officials would be employed to assist at the border.

The additional lorry park helped to decrease the strain of overcapacity by 83%, dropping from 469% to 386%, which suggests that five new lorry parks of this scale would be needed to bring the situation in line with capacity.

Opening seven new inland entrances to serve as new custom checkpoints for traffic heading to Dover generated a further reduction of 39%, while introducing additional staff, which the model accounted for with a reduction in the time to process each check from 20 minutes to eight minutes per vehicle, aided a further 44% reduction. These measures together helped to reduce overcapacity to 303%, suggesting that much more would need to be done.

2: Rerouting 20% cargo lorries that were heading to Dover from within the UK to two other UK ports

By introducing a new route for cargo to travel via alternative UK ports such as Hull or Southampton rather than through Dover, depending on their own capacity limits, our digital simulation suggested that overcapacity of Dover operations could be reduced by 119%. The percentage of cargo that is redistributed and the number of other UK ports in play could be adjusted in the model to generate further support and is worth exploring.

The model was adjusted to include this procedure along with the other new measures outlined in contingency idea one, above, and this brought the total overcapacity down to 210%.

3. Rerouting 50% of cargo between Dover and Calais via Felixstowe

Adding to the measures above, splitting the cross-channel route to France between Dover and Felixstowe generated an additional ease on overcapacity by 34%. With all of these additional plans in place, the total overcapacity could be brought down to 147%.

While this is a significant drop from the worst-case scenario, at nearly one and a half times capacity, it also demonstrates that more planning will be needed to ensure that pre-Brexit levels of contingency can be matched.

Again, the model could generate further insights by adjusting the percentage of cross-channel traffic that is re-routed and by including more alternative routes.

There are no illusions that some important contingency plans are needed to ensure that goods travelling between the UK and EU will be able to flow at least as efficiently as pre-Brexit levels.

Adopting this scientific approach is arguably the best way to start rationalising the problem. The thought of over 70,000 trucks stuck on the road is nothing short of alarming at first. However, by testing the options available and then tweaking the system, suddenly it is possible to find out exactly what is needed to alleviate the bottlenecks so that sensible decisions can be made.

Testing all of this in a digital space before it can cause any major disruption in the real world makes digital simulation a unique and invaluable ally.