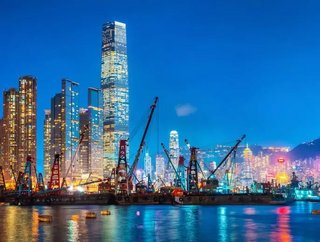 Hong Kong has been named as the world’s most expensive logistics hub, with rents costing almost double that of Tokyo and London – the second and thi...

Hong Kong has been named as the world’s most expensive logistics hub, with rents costing almost double that of Tokyo and London – the second and third most expensive locations respectively.

This is due to the unique high-rise nature of the market, as prime warehouses are multi-storey properties with ramp access to each individual floor, making the gross-to-net efficiency ratio much lower than the traditional single-story logistics facilities found elsewhere in the world.

In the land-constrained markets of Tokyo and London, average prime rents were $18.22 and $17.86 per sq. ft. per annum, respectively.

The rest of the top ten is as follows:

Rents for prime logistics space in global hub markets increased 2.2% in Q1 2017 amid continued demand, compared to 2.8% growth from the initial survey in 2016.

Of the 70 global hubs tracked by CBRE Research, 42 recorded an annual increase in prime rents, 15 had decreases and 13 remained flat.

While land-constrained global hubs command a premium for logistics space, the Americas markets are more affordable.

The lower-priced markets are located mostly in the Americas, including Monterrey, Bajio, Chicago, Dallas/Ft. Worth and Atlanta. These hubs have prime rents ranging from $3.77 to $4.75 per sq. ft. per annum.

These rents are extremely low compared with Hong Kong and Tokyo, which have average prime rents of $32.40 and $18.22 per sq. ft. per annum, respectively.