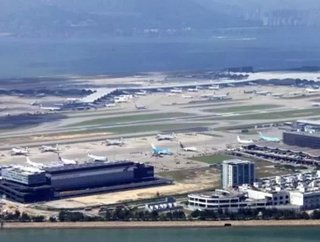 Its never a good thing when an industry leader takes a tumble. For the global air freight business, Hong Kong International Airport is seen as a bellwe...

It’s never a good thing when an industry leader takes a tumble. For the global air freight business, Hong Kong International Airport is seen as a bellwether for the industry, but a poor October has cast doubt over the air cargo industry.

Hong Kong saw cargo volumes plummet 8.2 percent from the same month a year ago despite airlines projecting a surge in peak season shipping. That didn’t happen, however, as the world’s largest cargo airport reported little to raise the hopes within the airline community.

Much of Hong Kong International Airport’s struggling cargo volumes stem from diminished trade from southern China. A declining demand from the United States and Europe hurt air cargo volume, while flooding in Thailand had an adverse impact on the industry, according to Airport Authority Hong Kong CEO Stanley Hui Hon-chung.

Imports and transshipments didn’t fare much better in October, as they fell by 8 percent and 10 percent, respectively.

There is a glimmer of hope for the industry, however. Hong Kong International Airport did experience a slight bump in business from a monthly standpoint, as its October volumes were a 5 percent increase over September’s numbers.