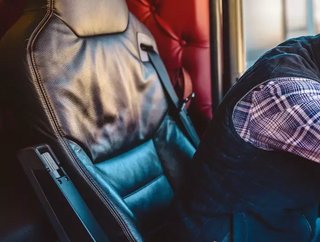 Haulage recruitment numbers from US and UK encouraging, but long hours and poor conditions for lorry drivers 'must be addressed'

There are signs on both sides of the Atlantic that the shortage of drivers in the haulage sector is beginning to ease.

This morning (December 6) Logistics UK - which represents freight and haulage businesses - said the number of drivers leaving the profession had begun to ease. The body also said more trainee drivers are beginning to come through.

Logistics UK's report reveals that by early autumn there was a 25.6 per cent increase in HGV driver tests between July to September 2021 compared to the same period in 2019. There was also a three-fold increase in applications for HGV provisional licences.

Truck driver numbers in US and UK increase

That news follows recent US labour figures that showed truck transportation jobs rose by 5,100 jobs in November, hitting a total of 1,521,300 trucking jobs.

While these developments will be seen as positives, haulage in Europe and the US continues to pose big problems for supply chain bosses - chief among which is astronomically high haulage costs.

The most recent monthly employment report from the US Bureau of Labor Statistics (BLS) highlights the soaring cost of haulage.

The BLS’s Producer Price Index (PPI) for truck transportation in October was up 2.9 per cent compared to September - the largest single month-on-month increase in the PPI’s history, which goes back to 2011. The PPI is a group of indexes that is a measure of inflation, based on input costs to producers.

Conditions in haulage sector 'must be improved'

Cost is only one problem; there are others. Logistics UK told BBC Radio 4’s Today Programme that unless the government and industry acted to make the sector more attractive, then many of the recruits flooding into it might soon be lost to it.

In the short term, the organisation says it is increased pay that’s driving recruitment, with pay increasing by 10 per cent in the nine months to October 2021.

But Logistics UK policy director Elizabeth de Jong said these "green shoots of recovery” will count for little unless there are improvements to working conditions and rest facilities for lorry drivers.

Many drivers told Logistics UK that the state of many truck stops is appalling, and that the owners of some stops don’t allow truck drivers to use facilities at all. Combined with long hours, they say the job can be brutally tough, particularly for young drivers, who are more inclined to leave the sector.

This echoes the situation in the US, with BLS figures showing haulage drivers are working longer hours than ever before. Its figures for October show an average working week of 42.1 hours, higher than for every month in 2019 and 2020.

Elizabeth de Jong, policy director of Logistics UK, told the BBC: "More people are beginning to enter the industry but we've got to keep attracting them by really improving facilities.

"It’s still a challenging time. There is still an acute shortage of drivers.”

The organisation’s report shows there were 44,000 fewer heavy goods vehicle drivers compared to the same time in 2019.