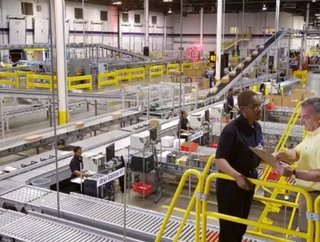 No other people were injured by the shots before the suicide, according to police. It’s unclear how many rounds were fired before the gunman turned the weapon on himself.

According to Cook County Sherriff spokesman Frank Bilecki, police used a remote camera to identify the gunman and search for any injuries or victims. Given the pending notification of family, the gunman’s name has yet to be revealed.

It remains unclear at this time why the gunman chose FedEx, or why he decided to shoot himself.

The incident started up at approximately 8 a.m. today when Bedford police received a 911 about a domestic disturbance from a FedEx building 15 miles southwest of Chicago, Chief Daniel Godfrey said.

According to several reports, various law enforcement divisions responded to the scene, including SWAT team members, who police said were part of the team that discovered the gunman had killed himself.

FedEx spokesman Bryson Thornton confirmed that a news conference will be held later today to discuss the incident further.

“We are just relieved there are no other reported injuries at this time,” Thornton told The Washington Post.