Grandfather of shipping sinks into liquidisation 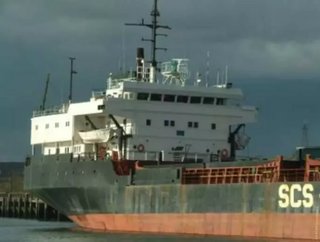 Follow @WDMEllaCopeland Britains oldest shipping company Stephenson Clarke has sunk in &lsquo;troubled waters, announcing today that it is to be liquid...

Britain’s oldest shipping company Stephenson Clarke has sunk in ‘troubled waters’, announcing today that it is to be liquidised after 282 years of trading.

The company, which was established in 1730, is the latest victim of a global decline in the movement of dry bulk goods such as coal, grain and iron ore.

In an earlier move to protect the company, Stephenson Clarke sold ships to cut cost as freight rates worldwide began to plummet.

However, industry experts also believe that the company had a hand in its own decline, investing in new tonnage to take advantage of China’s industrialisation slightly too late. The extra shipping capacity arrived just as the boom was slowing down, sending rates for a number of companies tumbling.

"Whilst previous economic downturns have been weathered, the current market is one of the worst experienced for many years with no upturn forecast for at least 12 to 18 months," said a company spokesman.

According to the Guardian, the accounting firm Tait Walker was appointed earlier this month to handle the problems at Stephenson Clarke, which sold its remaining six ships last month.