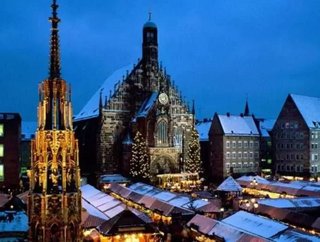 Online retailer Amazon recently announced the construction of a new 110,000 square meter logistics facility in southern Germany, one of two major distribution centers to open in the country this year. These investments confirm Germany's attractiveness as Europe's top logistics hub, according to Germany Trade & Invest.

"Germany has just the right conditions for companies to prosper: a central location in Europe with a world-class infrastructure, a large and prosperous market, and an international reputation for innovation and efficiency,” David Chasdi, logistics expert at Germany Trade & Invest, said.

Germany occupied the No. 1 spot in infrastructure in the World Economic Forum's Global Competitiveness Report in 2010. The country's dense air, rail and waterway network has led to an industry that generates over €200 billion in revenues annually and drives the German export machine. Goods shipped to China, the United States and Germany's European neighbors were a key factor in Germany's economic rebound, ultimately leading to record GDP growth in 2010.

Global Logistics: How freight rail is getting the U.S. economy back on track

Companies like DHL, UPS, and IKEA have all chosen Germany for their European headquarters, while others like Amazon, FedEx, Unilever, and NCC have major operations in the country.

Germany Trade & Invest is the foreign trade and inward investment promotion agency of the Federal Republic of Germany. The organization advises foreign companies looking to expand their business activities in the German market. It provides information on foreign trade to German companies that seek to enter foreign markets.