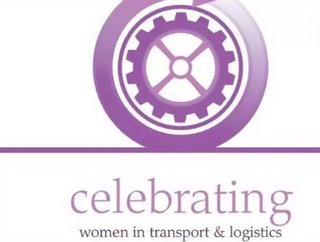 The Freight Transport Association (FTA) has strengthened its partnership with business advancement association everywoman, by becoming the title partne...

The Freight Transport Association (FTA) has strengthened its partnership with business advancement association everywoman, by becoming the title partner for the FTA everywoman Transport & Logistics Awards 2013.

FTA has worked with the association for a number of years, having supported everywoman and its initiatives since 2008, including the everywoman in Transport and Logistics Leadership Academy and no the FTA everywoman Accelerate Programme.

"FTA is delighted to encourage forward thinking companies that are in turn committed to encouraging diversity in the freight industry, and working further with everywoman will offer FTA opportunities to expand that work," said Theo de Pencier, FTA Chief Executive.

"The key for our industry is to be able to access a wider talent pool to be able to meet its need for good quality staff in whichever role it needs to fill," he continued.

Now in its sixth year, the FTA everywoman Transport & Logistics Awards celebrate women working within the transport and logistics industry that are enjoying success, and will ultimately inspire others to join the sector.

The award categories have been expanded for 2013 to encompass both passenger and commercial transport, and are now:

Theo de Pencier and Max Benson (co-founder of everywoman) took part in an FTA webchat discussing the work of both organisations, when each spoke of the importance of working together to effectively communicate the importance and business benefits of a diverse workforce to everyone at all levels within a company, and the freight industry as a whole.

"The FTA everywoman in Transport & Logistics Awards and the Leadership Academy have a key role to play in addressing some of the challenges faced by women in the sector. This is a talent issue; women make up nearly half of the UK workforce and yet only 25 per cent of employees in the industry are female. everywoman is committed to changing the image of the industry so that talented women recognise that their career ambitions can be realised in the transport and logistics industry."

The nomination deadline for the FTA everywoman in Transport & Logistics Awards 2013 is Monday 18 February. To enter or for more details go to: http://www.everywoman.com/tlawards  The Awards are supported by Asda, DHL Supply Chain, Motor Transport & TNT Express and the awards ceremony will take place on 16 May at The Savoy in London.