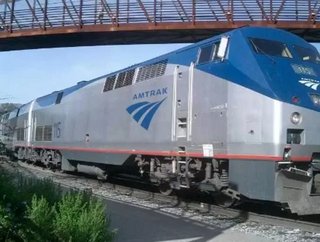 Its safe to say that Amtrak has been a thorn in the side of freight railroad operators in the United States. Now, the two sides could face a courtroom...

It’s safe to say that Amtrak has been a thorn in the side of freight railroad operators in the United States. Now, the two sides could face a courtroom battle to settle their differences.

The Association of American Railroads, representing freight carriers, is suing the federal government for giving Amtrak the “authority to promulgate binding rules governing the conduct of its contractual partners, the freight railroads.”

The freight carriers made it known how they feel about Amtrak, saying that the passenger train service has a “historically poor record of on-time performance and (a) chronic inability to generate revenue sufficient to cover its operating costs.”

In lieu of those claims, the Association of American Railroads is challenging the constitutionality of PRIIA, the Passenger Rail Investment and Improvement Act, which allows Amtrak and the Federal Railroad Administration the ability to “jointly… develop new or improve existing metrics and minimum standards for measuring the performance and service quality of intercity passenger train operations.”

According to the freight carriers, the act establishes performance standards for Amtrak, but the standards don’t achieve their desired purpose because of “Conductor Delay Reports,” which can claim the railroad at fault for Amtrak missing its targets.

If an Amtrak train falls below 80 percent in its on-time standard for two consecutive calendar quarters, an investigation can be launched by the Surface Transportation Board, which can award damages to Amtrak.

The freight carriers are enraged because the federal government is working with Amtrak, a private company.

“Amtrak is not a department, agency, or instrumentality of the United State Government,” the association claims. “Rather, it is a private entity that is ‘operated and managed as a for-profit corporation.’ PRIIA purports to vest Amtrak with the power to issue binding regulations governing the business operations of the freight railroads.

“It is a bedrock principle of constitutional law that Congress cannot empower a private entity to regulate other participants in the same industry.”

Freight carriers claim that their own operations will suffer if they are forced to ensure that Amtrak meets its federal on-time performance standards.

A decision is likely months away, but freight railroad’s battle with Amtrak should be watched very closely, as it could impact freight rail growth throughout North America.