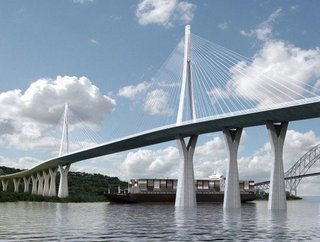 The number of consortium groups currently bidding for a fourth bridge over the Panama Canal has been reduced to four from six, with a further extensi...

The number of consortium groups currently bidding for a fourth bridge over the Panama Canal has been reduced to four from six, with a further extension on the date for submissions.

The fourth Panama bridge will be just over 1km in length and will connect the Pan American Highway Arraijan road over the canal.

A construction timeframe has been set of around 3.5 years, with an anticipated completion date set for 2020, or early 2021.

Currently, there are three bridges over the canal, the Bridge of the Americas, constructed in 1962, the Atlantic Bridge, which is currently under construction and set for a 2018 completion date, and the centennial bridge, constructed in 2004.

The four bridges are part of a major ambition to grow city the of Panama, as the connectivity between Panama City and the west coast became a significant problem, often cited as the biggest hindrance.

A real estate firm based in Panama went as far as saying that through the construction of these bridges will “expand the borders of the city, offering new opportunities and relieving the congestion, allowing more businesses to locate on the outskirts.”

With new bridges comes improved travel which in turn will improve the tourism and import/export infrastructure of the city.

And then there were four

The original six consortiums, which were in the running for the bid for the contract, have now been reduced to four.

This has been a result of a combination of factors, including legal disputes and in one instance, other successful bids in the Panama area coming first.