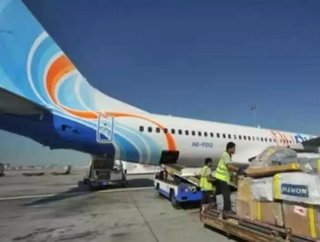 Despite being under a year since its launch, Flydubai Cargo has grown its freight network to cover more cities across the world, adding Hong Kong, Bang...

Despite being under a year since its launch, Flydubai Cargo has grown it’s freight network to cover more cities across the world, adding Hong Kong, Bangladesh and the UK to its extensive flight list.

The budget carrier can now transport goods across Europe, the US, Australasia and the Far East, in addition to its existing destinations in the GCC, Middle East, North Africa, the Indian subcontinent, and Asia.

Having been founded for the past ten months, Flydubai Cargo has forged agreements with airlines such as British Airways, Emirates and Estonia air, which has helped the division extend its reach beyond Flydubai’s existing passenger network.

Flydubai CEO, Ghaith Al Ghaith, said, "We set up our cargo division with the aim of making the transport of goods simple, accessible and affordable. Through these interline agreements we have opened new routes and thus new avenues for trade. We are now able to deliver goods from Sudan to Sydney and also provide Nepal's handicraft industry with access to consumers in the US, Europe and Australia."

Flydubai Cargo's attributes its success to a large network, combined with its affordable rates and tie up with Calogi, a web based Global Distribution System for the air cargo supply chain. Next month, the carrier hopes to become the first cargo operator to offer direct links between Dubai and Bucharest, Romania, as well as Dubai and Skopje and Macedonia.