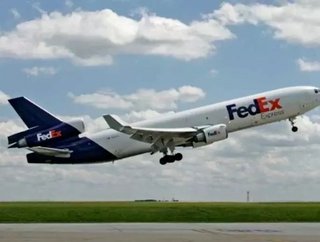 Talk about undercutting the competition. Last month, it was revealed that United Parcel Service would raise its North American shipping rates by 6.9 pe...

Talk about undercutting the competition.

Last month, it was revealed that United Parcel Service would raise its North American shipping rates by 6.9 percent to help offset rising fuel costs. Now, FedEx is doing the same thing, albeit with a 6.8 percent general rate increase for North American freight shipments between the United States, Canada and Mexico.

The rate hike will take effect later this year on Sept. 6.

FedEx Freight had raised its ground and home-delivery services by an average of 4.9 percent earlier this year, but the newest rate hike does not raise fuel surcharges at all. UPS made the same decision, and it’s a curious one because most of the speculation surrounding the price increases has been swirling around the volatile petroleum market.

Revenue and margins continued to benefit from a surging demand, as FedEx’s fourth-quarter earnings rose 33 percent. The shipping company’s breadth of services around the globe make it an economic bellwether of sorts, which is good news with fears of a double-dip recession looming.

According to The Wall Street Journal, Moody’s Investors Service raised its outlook on FedEx from “stable” to “positive,” an indication that FedEx could be entering an economic uptick.

With a network of nearly 150,000 employees stationed around the world, FedEx is a global leader in air, ocean and ground transportation.