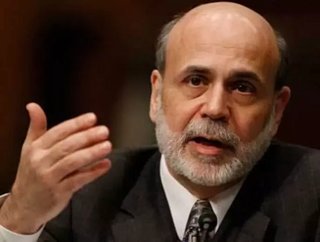 The US economy has taken a lot of hits recently. Supply chain stalls, severe weather and high food and energy prices are just a few of the challenges t...

The US economy has taken a lot of hits recently. Supply chain stalls, severe weather and high food and energy prices are just a few of the challenges the country’s been facing since March’s earthquake in Japan.

But things could certainly be worse.

According to the Federal Reserve’s “Beige Book,” released on Wednesday, economic activity in the US has slowed in some regions, but has “generally continued to expand.”

The Fed’s Beige Book summary—a survey report on coast-to-coast economic conditions released eight times a year—looks at conditions in 12 US regions and will be used as reference by Fed monetary policy-makers at the Federal Open Market Committee on June 21 and 22.

SEE OTHER TOP LOGISTICS STORIES IN THE WDM CONTENT NETWORK

Supply chain issues were cited as the cause of reduced activity in the automotive sector nationwide and the Fed reports that Japanese automakers and suppliers were hit hardest.

“Widespread supply disruptions—primarily related to the disaster in Japan—were reported to have substantially reduced the flow of new automobiles into dealer’s inventories, which in turn held down sales in some districts,” the Fed said.

During a press conference Tuesday Federal Chairman Ben Bernanke said that although growth has slowed, he has hope that it will pick up during the remainder of the year and that policymakers are keeping an eye on labor markets.

“We believe that the main factors constraining activity—higher energy prices and supply chain disruptions—will be transitory in nature and we continue to believe that activity will accelerate in the second half of the year,” Michael Gapen of Barclays Capital Research told Reuters.