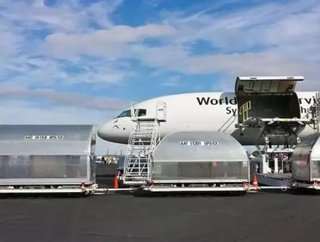 The FAA ruled that pilots for commercial planes must rest for at least 10 hours before they even report for flying duty. Among other initiatives, the FAA ruled that single-crew flight operations can only work a maximum of 14-hour flight duties, while an eight-to-nine hour flight-time restriction has been set.

Pilots of commercial planes must also report at the beginning of each shift if they are fit for duty.

“We made a promise to the traveling public that we would do everything possible to make sure pilots are rested when they get in the cockpit,” U.S. Transportation Secretary Ray LaHood said in a statement. “This new rule raises the safety bar to prevent fatigue.”

While the FAA’s mandates are good news for pilots, the struggling airline industry as a whole is expected to lose money from the tighter regulations. According to the FAA’s press release, these measures would cost the business a shade under $300 million.

Furthermore, cargo pilots did not receive the reduced workload benefits of their commercial counterparts. The FAA’s ruling is seen as voluntary throughout the air freight world, which has ruffled some feathers.

“Giving air cargo carriers the choice to opt into new pilot rest rules makes as much sense as allowing truckers to ‘opt-out’ of drunk driving laws,” Independent Pilots Association president Robert Travis said in a statement. “To potentially allow fatigued cargo pilots to share the same skies with properly rested passenger pilots creates an unnecessary threat to public safety. We can do better.”

The Independent Pilots Association is the trade union that represents UPS. The FAA maintains that the decision to not extend the rest regulations to air cargo pilots was strictly monetary.

“Covering cargo operations under the new rule would be too costly compared to the benefits generated in this portion of the industry,” the FAA said in a statement, adding that cargo carriers should simply “opt into the new rule voluntarily.”