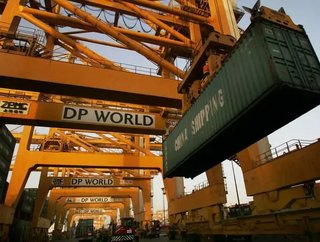 Expansion projects and new investments are expected to fuel growth within the UAE’s logistics sector over the next five years, according to a recent a...

Expansion projects and new investments are expected to fuel growth within the UAE’s logistics sector over the next five years, according to a recent analysis by the Dubai Chamber of Commerce and Industry.

The positive outlook is supported by expectations of strong growth in the country’s air and sea freight markets.

The analysis, based on recent data from Business Monitor International, forecasts the UAE's air freight market to expand by a compound annual growth rate (CAGR) of 4.8% over the 2017-2021 period.

It also showed demand within the country’s air freight market increasing at a CAGR of 8.6% between 2012 and 2016.

The UAE’s two leading airports have continued to invest in expanding and enhancing facilities in recent years.

Both Emirates and Etihad Airways have played an important role in air cargo in the UAE and will continue to contribute to increasing air cargo volumes over the next five years.

The UAE has the largest container port between Singapore and Rotterdam, while the country serves as a maritime hub for the Middle East region. In 2016, container port traffic in the UAE amounted to 21.3mn TEUs. This figure is expected to rise 5% to 22.4 million TEUs in 2017, and increase further to reach a record of 28.4 million TEUs by 2021.

The analysis highlighted the potential impact of expanding ports in the UAE and further developing their facilities. Jebel Ali Port, managed by DP World, is investing $1.6bn with the aim of increasing the port's total capacity to 22.1mn containers.

Abu Dhabi Ports Company plans to expand Khalifa Port by 100km2 by mid-2018 to accommodate more industries and keep pace with rapid growth within the sector.

H.E. Hamad Buamim, President and CEO of the Dubai Chamber of Commerce and Industry, explained that the logistics sector is among the key sectors driving the UAE’s economic growth.

He noted that recent expansions, investment and improvements within the sector have strengthened Dubai’s position as a global trade hub and enhanced the competitiveness of the UAE economy.