Ever Given refloatation raises hopes of Suez Canal reopening 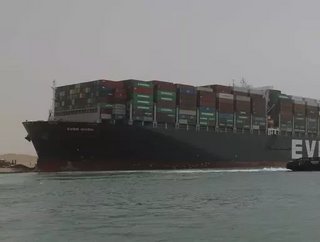 Authorities say the vessel may be shifted today and navigation of the major trading route “shall be resumed immediately...

The Ever Given container ship, which has blocked the Suez Canal since Tuesday, has been successfully refloated and partially freed from the bank where it has been wedged for almost a week.

The Suez Canal Authority (SCA) confirmed on Monday morning that the vessel has recovered around 80% of its direction after tug boats managed to manoeuvred its stern 100 metres away from the bank.

Admiral Osama Rabie, Chairman and Managing Director of the SCA, said recovery teams are aiming to move the vessel to the centre of the canal and set it back on course later today, during high tide. Once the container ship is fully refloated, it will be moved from the single-lane channel towards the Bitter Lakes holding area and navigation “shall be resumed immediately”, said Rabie.

Is the damage already done?

It’s is estimated that around $9.5bn worth of goods per day have been left stranded at either end of the canal, or otherwise delayed. Some shipments that were far enough away from the canal to divert their course have attempted to traverse the Cape of Good Hope.

But while the Ever Given may be 80% corrected, "the remaining 20% continues to damage global supply chains,” warns Tom Fairbairn, Distinguished Engineer at Solace. “Over 18,000 containers still have no fixed delivery date. To reduce the impact of events such as these supply chains need to be reactive and agile. Digitised supply chains and technology help organisations adapt to disruptions faster and better, reducing the cost impact and downstream impact on customers.”

“The fact is that an already heavily disrupted maritime supply chain has taken another hit that will further affect its fluidity, with long-term consequences related to congestions, lead times and predictability,” said Jens Roemer, Chair of FIATA’s Working Group Sea Transport.

When trade resumes, Mark Robinson, president at UPS Capital, the insurance and financial services division of UPS, expects a flurry of claims - but warns there will be further bad news for some policyholders.

“Once the logjam at the Suez Canal has been cleared, businesses with goods aboard the vessel - in addition to other ships delayed by the blockage – will begin the claims process to recoup losses from damaged cargo and general average losses,” he said.

“These are often time-intensive processes, and many businesses may be surprised to learn that carriers do not include coverage in the case of route disruption and often don’t cover losses associated with general average,” he added. “If claims go unpaid, the damages to a business’ bottom line are further compounded by impacts to brand reputation.”

A recent GEP study found that damaged brand reputation was one of the biggest concerns for supply chain professionals amid the disruptions caused by COVID-19. Of 400 C-suite executives in supply chain, procurement, strategy and other associated disciplines questioned in the report, 40% said their brand image had been markedly tarnished due to disrupted supply chains, while almost a third reported a rise in customer complaints, and a quarter had lost regular customers.