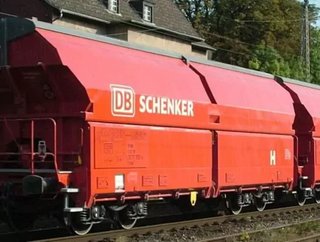 In the type of meeting that could have mimicked a scene from The Godfather, four CEOs of major European rail companies met in Berlin yesterday, tasked...

In the type of meeting that could have mimicked a scene from The Godfather, four CEOs of major European rail companies met in Berlin yesterday, tasked with working out details on international freight rail lines.

DB Schenker Rail (Germany), TX Logistik (Germany), SBB Cargo (Switzerland) and BLS Cargo (Switzerland) – presented their requirements for the development of the European rail freight transport corridors defined by the European Commission. Under the impulse of the Community of European Railway and Infrastructure Companies (CER), the four companies agreed on a joint position which will be actively promoted to policymakers and national infrastructure managers.

Given that the growth forecast for European rail freight mainly concerns cross-border corridors, like the Corridor Rotterdam-Genoa, it is important to eliminate infrastructure bottlenecks along those routes. On the Rotterdam-Genoa Corridor, bottlenecks are in Oberhausen, Basel, Chiasso and Milan.

“The new infrastructure of the Betuwe line, the Lötschberg Tunnel and the Gotthard Base Tunnel must be linked to create an efficient end-to-end corridor,” Dr. Dirk Stahl, CEO BLS Cargo said. “Capacity bottlenecks need to be alleviated.”

EU Regulation No. 913 concerning a European rail network for competitive freight, which entered into force in November 2010, aims to increase the competitiveness and quality of international rail freight. The network should be organized in such a way that the most important economic centers are linked in a more reliable and faster way, allowing more volumes to be transported. Nine international rail freight corridors, giving more priority to freight trains, are to be established by 2015.

Corridor 1, also known as ERTMS Corridor A, connects Rotterdam (Netherlands) and Zeebrugge (Belgium) with Genoa (on the Italian coast) via Cologne, Duisburg, Mannheim, Basel, and two parallel routes in Switzerland. This corridor is one of the most important routes in the European rail network. It was therefore selected for investigation by the four rail operators.

According to Dr. Alexander Hedderich, CEO of DB Schenker Rail, the biggest European rail freight company, “improving the corridor’s efficiency involves numerous infrastructure investments. Construction works and information about these works must be coordinated on an international level to maintain the best possible quality of service.”

Capacity can also be increased if priority is given also to freight trains, if operational processes are harmonized, and if train paths are constructed based on market needs.

“In addition to these operational challenges, it is absolutely essential that cost burdens are set in a way to guarantee the competitiveness of the rail mode,” stressed Karl Michael Mohnsen, CEO of TX Logistik.

Keeping in mind the objective to improve economic efficiency, any new infrastructure should generally be designed to accommodate 1,500-meter trains. Moreover, there is a need to simplify and improve processes in order to minimize the number of operational stops.

Interoperability in particular is essential for rail companies to remain competitive with road transport.

“Railway operators continue to struggle with different national rules, such as complex homologation procedures and different safety systems,” said Nicolas Perrin, CEO SBB Cargo. “This results in additional costs which reduce the advantages of rail in cross-border transport. This clearly goes against the objective of market opening in Europe and puts rail at a disadvantage to road transport,” he added.

Dr. Johannes Ludewig, CER Executive Director, concluded that the four companies’ recommendations are groundbreaking with regard to the implementation of the EU Regulation.

“CER has started and driven the political corridor discussions with former EU Transport Commissioner Loyola de Palacio back in 2003. Since then, a lot has happened on the operational as well as on the legislative side,” Ludewig said. “CER strongly believes that operators’ involvement is paramount in shaping corridor developments. The corridor concept will only be successful if operators are directly addressing the corridor-management with their concrete market-oriented requirements.

“The signal sent today in Berlin is thus a very important step.”