EU Environment Agency urge for a reduction in emissions 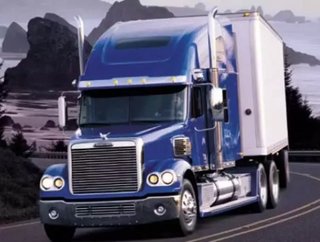 Follow @Ella_Copeland An annual report by the European Environment Agency (EEA) has revealed that the environmental effect of transport is still a &lsq...

An annual report by the European Environment Agency (EEA) has revealed that the environmental effect of transport is still a ‘major problem in many areas’, despite Euro standards being implemented on the continent.

In a statement on their website, the EEA noted that although there have been ‘some improvement over recent years’, these improvements can be partly attributed to reduced economic activity during the recession.

The Euro standards, which define the acceptable limits for exhaust emissions of new vehicles sold in member states, have not succeeded in reducing real NO² emissions to the levels set out in legislation, despite having improved the overall air quality.

Increasing transport of goods is ‘leading to poor air quality’, according to the EEA, who blame freight as one of the main causes of high NO² levels. Increasing shipping over the last 20 years is to blame for a below expected reduction of sulphur oxides, which cause acid-rain, explained the EEA, who recorded a mere 14 percent drop in sulphur oxide levels despite major efficiency improvements.

Jacqueline McGlade, EEA Executive Director, said: “One of the big challenges of the 21st Century will be to mitigate the negative effects of transport – greenhouse gases, air pollution and noise – while ensuring positive aspects of mobility. Europe can take the lead by intensifying its work in the area of technological innovation in electric mobility. Such change could transform inner city living.”

The report calls for new EU transport targets which focus efforts to further reduce environmental impacts as the economic climate improves. For more trends and findings, you can find a link to the extended report online.