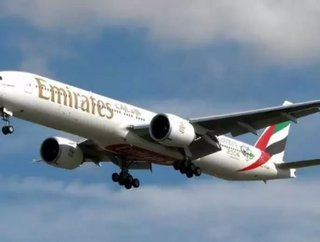 Emirates has launched its first commercial flight from to South Australia, adding a new connection between Dubai and Adelaide, which will significantl...

Emirates’ has launched its first commercial flight from to South Australia, adding a new connection between Dubai and Adelaide, which will significantly boost the city’s international flight capacity and connect the region to Emirates’ global network of more than 120 destinations.

Emirates Sky Cargo, the freight division of Emirates, will carry up to 14 tonnes of freight per flight between South Australia and Dubai when the flights to Adelaide, which take place four times a week, are launched on November 1, significantly boosting trade between the two regions.

“We are investing in South Australia for the long haul, dedicating a Boeing 777-300ER aircraft to the route fitted with our highest on-board product offering and employing more than 150 South Australians in airline and airport service,” said Mr Obaidalla.

Emirates SkyCargo will move a mixture of commodities from its new port to Dubai and onwards, including such perishable goods such as meat, fruit, vegetables, dairy and eggs. Other key industry areas in South Australia that will benefit from the comprehensive Emirates route network include building supplies, machine parts, cosmetics and oils and resins.