Drone on: Amazon presses ahead with drone plans 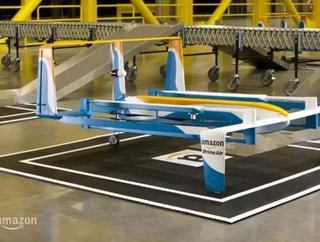 Amazon have announced that it will increase the amount of drone tests in the UK following the lifting of strict flying restrictions. The internet retai...

Amazon have announced that it will increase the amount of drone tests in the UK following the lifting of strict flying restrictions.

The internet retailer has been granted ‘special permission’ from the Civil Aviation Authority (CAA) to begin extensive testing of its drone technology within UK airspace.

Amazon’s drone programme was launched in 2013 with the vision of creating a fleet of drones being able to deliver packages to customers within 30 minutes.

Paul Misener, vice president of global innovation policy and communications at Amazon, believes the governmental improvement strengthens the company’s partnership with the UK.

“This announcement strengthens our partnership with the UK and brings Amazon closer to our goal of using drones to safely deliver parcels in 30 minutes to customers in the UK and elsewhere around the world,” he said.

Amazon had unveiled it Prime Air drone in 2015, which can fly for 10 minutes at an altitude of 400 feet and carry packages of up to 5lb.

The company has said that there is no confirmed date, but the drones will be operational “within four or five years”.