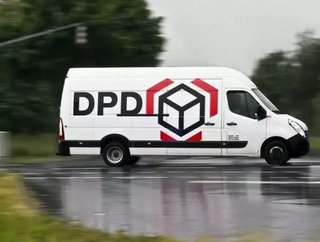 The Chancellor George Osborne yesterday visited DPD, the UK's favourite parcel delivery company, to hear about plans for a new £150m investment which will create over 750 new jobs.

On the final day of campaigning ahead of the 2015 general election the Chancellor called in on DPD's state-of-the-art depot in Raunds, Northamptonshire as part of a 24 hour tour of businesses across the country.

DPD announced that as a result of its £250 million investment in its UK business over the last 5 years, it had opened 15 brand new depots, and created 4,000 new jobs. In total it now operates 52 depots, and employs 9,300 people.

The company also confirmed that it plans to continue investing significantly in the UK in the next five years, and today set out plans to invest a further £150 million to open an additional 10 depots, creating at least 750 new jobs.

The 43,000 square foot purpose built Raunds depot opened in late 2013 and now employs over 200 people. The new site replaced DPD's depot in Rushden, and in addition to offering improved access to the A14 and the A45, the new, bigger facility includes the latest automated sorting technology, significantly improving the efficiency of the operation.

DPD's CEO Dwain McDonald commented: "We were very happy to welcome the former Chancellor today and show him around our operation in Raunds. Our record over the last five years speaks for itself with revenue up over £500m and 4,000 new jobs created. Today we announced more good news with a five year plan to build a further 10 new state-of-the-art depots which will create another 750 new jobs at least.

"I'm incredibly proud of what we have been able to do in terms of UK jobs and wealth creation - no other parcel delivery company has come close to matching our levels of growth, profitability or investment in recent years. Our success is based on innovation, service and investment - our unique Predict service means customers are in complete control of their delivery and don't have to wait in all day. Predict is hugely popular with our retail partners as it allows them to offer their customers a truly first class delivery experience, which in turn, encourages them to make repeat purchases."

Last month, Predict helped DPD win the Queen's Award for Enterprise 2015 in the Innovation category. The award - the most coveted in British commerce - recognises not only the quality of the innovation itself, but also the enormous contribution Predict has made in the transformation of the company and the dramatic growth achieved in the last five years.

Launched in 2010, Predict remains the only free service in the UK to give parcel recipients advanced notification of their exact one hour delivery slot by SMS or email, so that they don't have to wait in all day for their parcel. The service includes a full range of ‘in-flight' options allowing the customer to divert their parcel at any time to a specified neighbour or arrange the delivery for another day if they can't be at home.

DPD is a member of one of Europe's leading parcels groups GeoPost, wholly owned by France's La Poste, the second largest postal group in Europe.

The company employs more than 9,000 people in the UK, operating more than 3,000 vehicles from over 50 locations and delivering 1.6 million parcels per week.