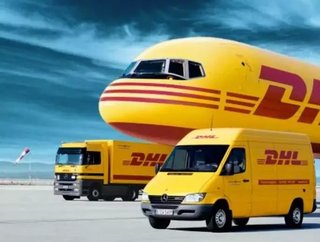 Follow @Ella_Copeland Air and Ocean freight specialist DHL Global Forwarding has stepped up its focus on less-than-container-load (LCL) shipments at it...

Air and Ocean freight specialist DHL Global Forwarding has stepped up its focus on less-than-container-load (LCL) shipments at its transshipment port in Bremen.

The company has begun to use barges for smaller loads, resulting in a 62 percent reduction in Co² emissions on transport routes, according to a statement released by DHL.

"Our offer to transport containers by barge has proven successful for our customers. By transporting significantly larger volumes of LCL containers by barge, we have been putting our GoGreen program into practice and improving the carbon footprint of the goods we ship – as well as our own,” explains Volker Oesau, CEO DHL Global Forwarding Middle & Southern Europe.

Since April 2011, DHL has been offering customers the option of switching from road to rail transport at the transshipment port in Bremen. Transport by barge extends the multimodal service which DHL offers its customers – an attractive alternative, especially for companies in Hamburg and Bremerhaven.

The container transshipment port in Bremen is one of the most important sea freight centres in Europe. Since 2012, roughly 80 percent of all containers have been transported onward by rail, however  transport by road still remains an option in order to stay flexible.

This is the latest move by DHL has in an effort to reduce the CO² emissions of its own operations and those of its transport contractors by 30 percent between now and 2020 (in relation to the reference year 2007).