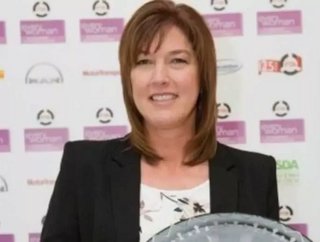 DHL, the global market leader in logistics, is celebrating a trio of wins following the 2014 FTA everywoman in Transport and Logistics Awards announced...

DHL, the global market leader in logistics, is celebrating a trio of wins following the 2014 FTA everywoman in Transport and Logistics Awards announced in May.

Now in its seventh year, the annual everywoman Awards celebrate the achievements of those women who are raising the bar in their roles and inspiring the next generation of women to join the UK transport and logistics industry.

DHL’s Senior Director of Corporate Affairs, Sharon Davies, won the Industry Champion award for her integral role in providing the link between DHL and industry stakeholders, such as government, business organisations, community groups, customers and CEOs.

The award win also acknowledges Sharon’s achievement to become the only female director to sit on the UK CEO Collaboration Board, and providing inspiration to encourage women into the industry through DHL’s Female Networking Group.

Meanwhile, the Woman of the Year Award was taken home by Jane Curl-Carter who is a Warehouse Site Manager at DHL’s specialist drinks team, Tradeteam, in Burton-on-Trent.

With 28 years’ experience working at DHL’s flagship warehouse site, the award showcases Jane’s commitment to the industry and highlights her incredible achievements that include: reducing warehouse costs by £500,000; improving efficiencies and employee engagement; as well as making improvements to training and service levels, while being an active member of DHL’s Red Chair Women’s Network and DHL Diversity Forum.

Rachel started her career at the age of  21 and her exemplary commitment to mentoring younger drivers and other women helped cement her place as a worthy award winner.

The FTA everywoman awards programme was launched seven years ago to raise awareness of the varied and rewarding careers that the transport and logistics sector offers, and with the ambition to increase the number of women considering it as a career choice.

Maxine Benson MBE, co-founder of everywoman, said: “As the transport and logistics industry seeks to employ half a million more people, it has never been more urgent to ensure the sector attracts more talented women.

“Inspirational female role models enjoying rewarding careers and achieving success will do that. That’s why these winners are so vitally important to the industry. We congratulate them all.”

“We’re extremely proud of our award winners and the role they are playing in encouraging more women into the industry. By highlighting our best female role models, we can inspire the next generation of women and ensure a growing supply of skilled and talented workers for the future.”