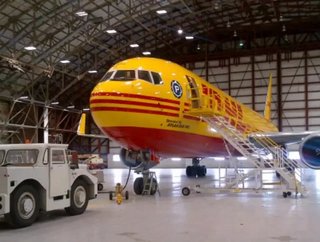 DHL Express has introduced new wide-bodied aircraft in a bid to enhance its intercontinental and intra-Asian service offering. Following adjustments to...

DHL Express has introduced new wide-bodied aircraft in a bid to enhance its intercontinental and intra-Asian service offering.

Following adjustments to the company’s intra-Asian connections, DHL has opened up service benefits for customers on key trade lanes between the Americans and Asia, which will begin from the end of April this year.

Enhancements include the introduction of a direct connection between Japan and DHL’s Americas Hub in Cincinnati, United States, which will establish a next-day delivery service to the US for all locations directly serviced by DHL in Japan. A return connection between Cincinnati and Tokyo will enable a two-day delivery capability to the Japanese capital and surrounding metropolitan areas for shippers in the US, Canada and Latin America.

A second enhancement will see DHL double the frequency of its wide-bodied freighter connections to Australia from two to four days per week. By optimizing its intercontinental network and routing shipments via Japan, it will be able to reinforce its daily US-Australia connection, while at the same time offering additional and strategically timed daily capacity from key North Asian markets into Australia. This route will be supported by the introduction of two new Boeing 767-300ERF wide-bodied freighters with a capacity of over 55 tons.

In addition to this,  anew wide-bodied freighter flight will link the Taiwanese capital Taipei, Incheon, Korea, and Nagoya, Japan, reinforcing express connections within the region. By connecting to the Nagoya-Cincinnati service, it will also provide additional capacity for customers shipping to the US from all three Asian markets.

Sean Wall, Senior Vice President of network operations and aviation, DHL Express Asia Pacific, said: “The network developments will allow later handover times for shipments to the US from three of Asia’s major markets – Japan, Korea and Taiwan. The changes will enable next-day delivery capabilities to the US for all locations serviced by DHL in Japan. We are also significantly improving our connectivity to Japan and Australia. Beyond these benefits, this investment will provide a platform for continued growth within Asia Pacific itself.”